Networking: Much more than coffee chats and emails 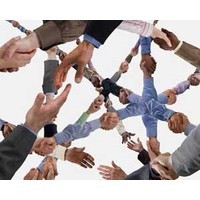 It’s a common refrain in the business world: networking is the key to success. Building relationships is pivotal. It’s not what you know, but whom you know.

Yet successful networking goes far beyond handshakes and business card exchanges, noted speakers at the recent 14th Annual Wharton Women in Business Conference whose theme was “The Building Blocks of Success: From Asking to Acting.” The strongest connections develop through shared experiences, and cultivating a network requires thought, organisation and attention. Relationships may not pay off for many years, panellists pointed out: to sustain them, they need to be real.

“One of the things that makes the real difference in building relationships that will advance you personally and professionally is being authentic in creating those relationships,” said Susan Greenwell, vice president of international government and industry relations at MetLife, during an afternoon panel discussion called “Building and Leveraging Effective Relationships in Business.” Too often, she said, people “approach relationship-building as a task.”

A better approach: learn to identify existing links you already have with people and build on those. “You need to build that relationship organically on something you have in common, some common connection,” she said. “I think it’s important not just to focus on people in positions of power, but to build authentic connections with people you meet throughout your career.”

Relationships may not pay off until years later, when both people have developed in their careers and moved up the ranks, according to Greenwell. For example, many of the top government officials she works with today are people she met earlier in her career, when they were in lower posts.

Panellist Shantha Ozgen, managing director in the equities division at Credit Suisse, noted that “the best relationships I have today are the people I started covering when I was a junior salesperson over 12 years ago.” When she began in her career, she was under three senior salespeople who got all the best accounts. Her accounts were considered the lower ranked, less important relationships for the firm. “That did not deter me,” she said. “I had my own roster.”

She made efforts to get to know each contact personally, remembering details about their lives such as children’s birthdays. “It was those small things that made people remember who I was,” she said. She maintained the relationships regardless of whether their careers changed or they moved to another place. Now, in many instances, “they are running their own funds”.

The importance of being political

Building long-term relationships doesn’t mean one should ignore the powerful people who can influence a career’s trajectory, cautioned panellist Bonnie Marcus, founder and principal of Women’s Success Coaching. “We need to be authentic, etcetera, but we need to make sure we understand who makes these decisions. I have learned a lot of lessons in my career, and one of them is the importance of being political.”

For Marcus, that lesson came when she was vying for a promotion. “I did everything – I thought –right,” she stated. “I was confident, I was competent, I had the numbers, I certainly increased the top line and the bottom line.” She even asked directly for the promotion and made sure her direct reports came forward to lobby on her behalf. “I still didn’t get the promotion. And the reason was, I didn’t work the politics,” she said. “I didn’t build a relationship with the right decision-maker.”