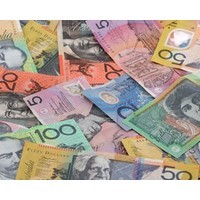 Of the 10 best-performing major superannuation funds in Australia, the top three are all corporate funds run for in-house employees, according to figures released yesterday by the Australian Prudential Regulation Authority.

In contrast, funds offered by banks and wealth managers to the general public and small businesses have underperformed in the past decade, according to the regulator’s figures.

A better result was given by not-for-profit funds.

“This data confirms once again that, over the long term, not-for-profit super funds deliver best value for members as their demonstrated one or two per cent outperformance each year really adds up over a working lifetime of super contributions,” she says.

Reynolds points to modelling by rating agencies in 2009 which showed an outperformance of around 2.4% a year was worth nearly $24,000 extra in superannuation after 10 years to an individual on average weekly earnings.

However, she says while performance tables are a useful tool for consumers it was worth keeping in mind that past performance – particularly over a year or two – was no guarantee of future success.

“While members of funds that have consistently underperformed their peers may need to consider moving to a fund with a better track record, it would be unwise to judge a fund’s performance on a period of anything less than five years, particularly in this very volatile investment environment”, she says.

The top 10 super funds were: