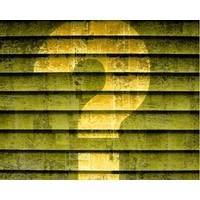 Thanks to a slew of popular new books, many executives today realise how biases can distort reasoning in business.

Confirmation bias, for instance, leads people to ignore evidence that contradicts their preconceived notions. Anchoring causes them to weigh one piece of information too heavily in making decisions; loss aversion makes them too cautious. In our experience, however, awareness of the effects of biases has done little to improve the quality of business decisions at either the individual or the organizational level.

A recent McKinsey study of more than 1,000 major business investments showed that when organisations worked at reducing the effect of bias in their decision-making processes, they achieved returns up to seven percentage points higher.

Reducing bias makes a difference. In this article, we will describe a straightforward way to detect bias and minimize its effects in the most common kind of decision that executives make: reviewing a recommendation from someone else and determining whether to accept it, reject it, or pass it on to the next level.

To help executives vet decisions, we have developed a tool, based on a 12-question checklist, intended to unearth defects in thinking – in other words, the cognitive biases of the teams making recommendations. The questions fall into three categories: questions the decision-makers should ask themselves, questions they should use to challenge the people proposing a course of action and questions aimed at evaluating the proposal. It’s important to note that, because you can’t recognise your own biases, the individuals using this quality screen should be completely independent from the teams making the recommendations.

Questions that decision-makers should ask themselves

1. Is there any reason to suspect motivated errors, or errors driven by the self-interest of the recommending team?

The issue here is not just intentional deception. People do sometimes lie deliberately, of course, but self-deception and rationalisation are more common problems. Research has shown that professionals who sincerely believe that their decisions are “not for sale” are still biased in the direction of their own interests.

2. Have the people making the recommendation fallen in love with it?

All of us are subject to the affect heuristic: when evaluating something we like, we tend to minimise its risks and costs and exaggerate its benefits; when assessing something we dislike, we do the opposite. Executives often observe this phenomenon in decisions with a strong emotional component, such as those concerning employees, brands, or locations.

3. Were there dissenting opinions within the recommending team? If so, were they explored adequately?

In many corporate cultures, a team presenting a recommendation to a higher echelon will claim to be unanimous. The unanimity is sometimes genuine, but it could be sham unity imposed by the team’s leader or a case of groupthink – the tendency of groups to minimize conflict by converging on a decision because it appears to be gathering support. Groupthink is especially likely if there is little diversity of background and viewpoint within a team. Regardless of its cause, an absence of dissent in a team addressing a complex problem should sound an alarm.

Questions that decision-makers should ask the team making recommendations

4. Could the diagnosis of the situation be overly influenced by salient analogies?

Many recommendations refer to a past success story, which the decision-maker is encouraged to repeat by approving the proposal. The danger, of course, is that the analogy may be less relevant to the current deal than it appears. Furthermore, the use of just one or a few analogies almost always leads to faulty inferences.