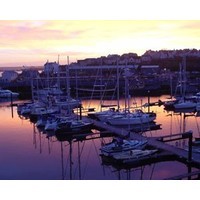 Few programs run by the Australian Taxation Office have received the kind of attention enjoyed by the ATO’s crackdown on the use of offshore tax havens, which runs under the codename of Project Wickenby.

And why not – as the ATO proudly trumpets in a special report in its 2012-13 Compliance Program released last week, Wickenby is “achieving substantial results.”

There have been a number of high-profile scalps, including music impresario Glenn Wheatley, and a string of smaller victories – since the project started in 2006, there have been 26 convictions for indictable offences, 69 people convicted of summary offences and even one extradition.

And most of all, there’s been cash. Wickenby has identified $1.3 billion in liabilities, with over $600 million in collections.

Little wonder then that the government handed the ATO and the other members of the Wickenby taskforce $76.8 million over the next three years to continue with the tax haven crackdown.

There’s tax gold in them there tax havens, and the government wants the ATO to chase it down.

Just how much gold was highlighted overnight by a report into tax havens by a group called the Tax Justice Network, which campaigns against tax havens and inequality.

The report, written by former McKinsey consultant and tax haven expert James Henry, claims the world’s super rich hold around $21-32 trillion of cash in a network of 80 offshore tax havens where they can be guaranteed secrecy.

Henry argues further that around $10 trillion is held not by millions of people but by just 92,000, an elite group “protected by a highly paid, industrious bevy of professional enablers in the private banking, legal, accounting and investment industries taking advantage of the increasingly borderless, frictionless global economy”.

The Tax Justice Network argues that if the “debtor” countries whose citizens hold money offshore could bring some of this money back — and tax it, of course — then issues such as poverty and climate change could be addressed far more thoroughly.

Several experts have been quick to raise questions about Henry’s $21 trillion estimate, which has basically doubled in the last two years.

But even if the target is really $10 trillion, or even $1 trillion, you can understand why the tax officials – backed by governments who know you never lose a vote going after rich tax dodgers – are desperate to keep up the pressure on tax havens.

Could the ATO still claim a really big Australian scalp? Not a small-time music manager, but a prominent, super wealthy rich list member?

We’ll have to wait and see – despite the wins of Project Wickenby, the secrecy of the world’s tax havens is still a major barrier.

In the meantime, all eyes will be on the upcoming trial of BRW Rich 200 member Peter Bartlett, who along with business partner Ron Sayers faces tax evasion charges.

Both men have pleaded not guilty. A trial is likely to start in February 2013.

This article first appeared at The Power Index.