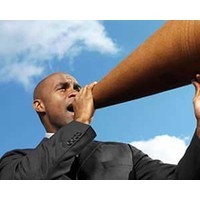 Bruce Anderson used to be a high school teacher, and then a senior line manager. “I wasn’t an advocate for coaching,” he says. “I spent 25 years in operational roles in businesses. I trained as a teacher, and spent 10 years in secondary school teaching leadership in the outdoors.”

Anderson didn’t like coaches because coaching was the part of management that he liked best. “I felt my most important role was to develop others,” he says. “My boss would have said, if you had spent a bit more time on the financials, it would have been better!”

That led Anderson to rethink his own career. “Coaching and doing that development work, I now realise, was a personal interest. That was what I wanted to do.”

He is now the managing director of outsourcing and career management company, Lee Hecht Harrison (LHH). Anderson now sees the two roles – teaching and coaching – as quite different. Teaching is good for developing technical skills, but coaching is best for changing behaviour.

“In training you end up with 12 people in a room,” he says. “Each one is different. The key thing that leaders need to improve is the way they act and react. That works most effectively when you are not telling someone what do to.”

Australia managers have sustained a lot of criticism in recent years about their lack of people skills, but Anderson thinks it is unrealistic to expect business leaders to really give their reports the attention they need. “It is part of their job, but whoever is at the top has so many things to do. Very senior executives work long hours; they are very effective, but they have key priorities and key interests, and they don’t have time.”

And leaders like the personal attention of a coach. “Coaching can be seen as a perk of being senior,” he says. “It makes leaders feel good and feel senior, but it is important that they [coaches] are good.”

LHH and the Human Capital Institute conducted a survey into the value and use of executive coaching. The survey found that the main reason leaders turn to coaches (72%) is because they want help to develop their leadership skills. Help with performance management is the next most common reason (31%) followed by change management (31%).

However, the report – based on a survey of 384 respondents in medium and large companies – found that coaching was not very effective in  helping leaders with performance management (20%) or change management (23%).

About a third (36%) considered coaching very effective in leadership development.

The reasons for these failings, however, turn out to be quite pragmatic. For example, the failure of executives to put aside the time for coaching was named by 68% as a barrier to its success, and lack of support from upper management was named by 66% of respondents.

Changing behaviour is difficult, and most managers do not want to reveal their weaknesses in front of their boss. “It is not safe,” says Anderson. “I don’t have my boss criticising me, but I do want someone with the expertise, with the time and the formal accreditation who can use their past experience to ask me questions: why did I do it one way, why not another?”

Like the best training companies, the best coaches are prepared to be measured on their effectiveness. “Our view is that you need to set clear objectives. There needs to be three to four measurable objectives, and one should always be that the boss has seen performance improvement. They are paying. But I also like to include business goals, more revenue, more innovation, a business unit operating more efficiently.

“A lot of the work we do is around behaviours, starting with a 360-review at front end, what their peers and the boss thinks of them. Then we set up a meeting in the first instance between the boss, the individual and the coach to be very clear about objectives. We suggest a minimum of six-monthly and ideally 12 months, with a mid-point review.”

Many companies have an ad hoc approach to coaching, with appointments made by line managers without reference to other departments. This can lead to companies spending millions on coaching and getting little return. The report found: “Although it is generally understood among organisations today that coaching is a valuable tool for engaging and retaining employees, there is no consensus about how to effectively implement coaching programs.”

The report says establishing coaching guidelines for leaders is a “critical step in achieving success” and the organisation has to ask itself what it is trying to achieve.

What kind of person benefits most from coaching? “One who wants to be coached,” says Anderson.