The emotional intelligence of Anna Meares 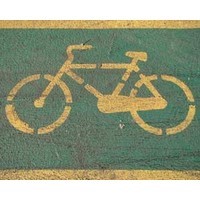 Emotional intelligence has been defined as the wait between impulse and action.

Indeed, Daniel Goleman (whose book, Emotional Intelligence, launched both the term and the movement) used the ‘marshmallow study’ as the demonstration of emotional intelligence. In the 1960s a group of four-year olds were tested by being given a marshmallow and promised another, if they could wait 10 minutes before eating the first one. Some children could wait and others could not.  The experimenters then followed the progress of each child into adulthood, and demonstrated that those with the ability to wait were more successful in life than those who could not.  Delayed gratification is a key part of emotional intelligence.

Another wonderful example of this principle action occurred with the recent gold medal by Anna Meares. She knew she would be facing the packed cauldron of the Olympic velodrome with about 95 per cent of the 6000 spectators screaming for British hope Victoria Pendleton, who defeated her for the gold medal at the Beijing Olympics four years earlier.

Fortunately, Meares she was able to ask former Wallabies captain John Eales, the cycling team liaison’s officer, what the Australian (rugby) team did when faced with the Kiwis performing haka in front of 60,000 All-Black supporters. He advised that the secret was to wait and let emotions drain away. The Australians would all walk onto the ground wearing tracksuits. The haka would be performed and then the Australians would go into their huddle, take their time removing their tracksuits and bring back themselves some composure before the game started.

Meares adopted a similar strategy. She let Pendleton go up onto the start line first and let the crowd cheer itself hoarse. Meanwhile Meares stayed on the duckboard, gave the crowd some extra time to settle and then very slowly took herself up to the starting line, using the time to gain her composure.

The strategy worked brilliantly with Meares winning the best of three heats two-zip.

The next time you are in an emotional situation, remember Anna Meares and this story.