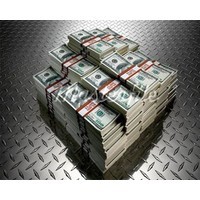 Leo Apotheker, the former CEO of Hewlett-Packard, resigned last September after just 11 months on the job – but he left with a $13.2 million severance package.

Craig Dubow, the former CEO of newspaper publisher Gannett, resigned in March after six years at the helm and walked away with $32 million.

Eric Schmidt, who led Google for a decade, resigned in January 2011, exiting with an astounding $100 million golden parachute.

On the surface, these amounts paid out to exiting CEOs seem egregious, especially in situations where the CEO preformed badly (in Apotheker’s case) or the company was making deep cuts (in Dubow’s case).

Exiting executive compensation is only doled out at about 50% of Fortune 500 companies, and “in general, there are good reasons to have exit packages,” Wharton accounting professor Wayne Guay says.

“Most firms are thinking through what they are doing and most are getting it right.” But when a firm’s shareholders and employees feel the exit package represents a true injustice, it can have a profound negative effect on employee morale and on the company’s overall performance.

The basis for many exit packages is severance and other bonuses promised long ago when the CEO was hired. In fact, a January 2012 study by the corporate governance firm GMI Ratings looking at the top golden parachutes since 2000 found that the majority were composed of an accumulation of large equity grants, pensions and deferred compensation from previous years.

Wharton finance professor Luke Taylor notes that severance is a useful tool in negotiating hiring contracts because it allows a company to offer CEOs less in annual salary, but it also gives CEOs the confidence they need to improve the company. “Taking a risk might be right for shareholders, but the CEO might not do it if it could cost him his job,” he says. “Somehow, with this cushion, a CEO is willing take risks.” Severance also ensures that a top leader does not stay on longer than he or she should, according to Guay, particularly when there is a merger and one CEO has to leave. “It encourages a CEO to take a walk when it is best for the company.”

Still, many question why CEO severance and bonus packages have become so large in the first place, particularly in light of the 2008 financial crisis. In 2011, average CEO compensation (including salary and stock options) was 209 times greater than the average employee’s pay, according to a 2012 study by the Economic Policy Institute. In 1965, the ratio was just 18 to 1.

Michael Useem, Wharton professor of management and director of the school’s Center for Leadership and Change Management, says that huge payouts have become the norm as multibillion-dollar companies seek to keep up with their competitors and the growing demands in “the kingdom of CEOs”.

“If you want an above-average CEO, consultants are going to show you this kind of compensation data,” he notes. “And if you want extremely good people, you are going to have to pay, or you will ultimately, in a sense, pay for it another way.”

While shareholders can often justify severance and pension payments, what really makes headlines is compensation in the form of separation agreements and payouts determined at the end of a CEO’s tenure. In fact, only 13% of CEOs of Fortune 500 companies who left – either voluntarily or involuntarily – from 1993 to 2007 had a specific severance contract in place before they decided to leave, according to a 2010 study by Indiana University professors Eitan Goldman and Peggy Huang. On the other hand, 47% received some kind of bonus at their departure.

One of the main reasons for excessive exiting compensation, note Goldman and Huang, is to “facilitate a smooth and efficient transition from the previous CEO to a new one,” particularly in cases when the outgoing leader is forced out. Taylor adds that many companies feel an extra $10 million or $20 million is worth it if it means the firm gains an extra two months under new leadership. In fact, when a CEO is forced out, the worse their past performance, the greater the separation pay, according to Goldman and Huang’s study. “It allows the CEO to quietly go into the dark night,” Taylor says. “If you are worried the CEO will sue the firm or [go to] work for a competitor, you can just pay the guy off.”