The future for HR directors (if they don’t change fast) 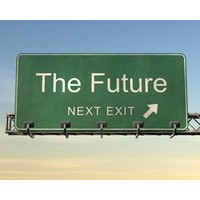 Vin Lucas, the human resources director for Schweppes Australia, manages the company’s 1800 employees, with 25 reports who help him with the job.

In many ways, Lucas illustrates all that is changing within the human resources profession.

For example, Lucas meets every quarter with every other member of the Schweppes C-suite – the chief financial officer, the chief information officer, the director of communications, director of science and technology, and the head of supply chain among them.

Lucas is a key contributor to every operational element of the business. “I have an HR forum with every one of those functions every quarter, so we understand their needs and how to support them short-term and mid-term – up to three years. I also have an IT relationship person who meets with IT monthly.”

His job is to help leaders lead as much as to help the whole 1800-member staff to be effective in their roles. And this approach is part of a global change, a new survey has found.

Helping leaders develop their skills is ranked as the second most urgent issue by HR professionals in a survey by the Boston Consulting Group, called Creating People Advantage 2012, due for release on Monday.  The survey collates 4,288 responses from 102 countries, 88% of them HR executives, and also includes 63 interviews with executives, both in HR and in other roles.

The transactional functions of HR that were once a big part of the job – managing personnel, contracts, payroll and training – are still part of the business of the HR department, but the strategic role is becoming a greater part of the best HR departments.

Lucas has restructured the HR function at Schweppes to get the transactional activities as automated as possible, and then to create case managers for business issues, and a group dedicated to HR planning. “We are doing less of the hand-holding,” he says.

Former general manager of HR at Coles supermarkets, Martin Nally, says the best HR departments are now helping leaders to be better at what they do. “If the HR group can encourage leaders to behave in certain ways, it can have a profound effect on performance of a company,” Nally says. “For example, if people don’t have role clarity, HR says to managers, ‘It is your role to help people to know what is expected of them, and to get them to author and know their role’.”

GM Holden’s executive director of HR, Mark Polglaze, says the focus is on strategy and business results. “Everything we do is about looking for a business result, so you are not doing HR for the sake of HR,” he told LeadingCompany recently. “That doesn’t mean we don’t talk about employee engagement or being a workplace of choice, but we talk about that in the context that these things drive an outcome for the business.”

Nally says there are some “sparkling examples” of organisations that take the management of their people seriously; but there are many that do not. “Unless HR has a business focus they will always be in the wilderness. In the 80s, an industrial relations commissioner was quoted as saying he didn’t think enterprise bargaining would work because management isn’t not mature enough. I am not sure anything has changed.”

Lee Scales, executive manager of people and development at Unisuper, says she is fortunate to have a CEO who “gets it”. “Others might keep HR in their box,” she says. “And HR are their own worst enemy. They go down the road of initiative overload in an effort to get under the nose of the CEOs.”

It doesn’t work. HR initiatives that are not tied to business outcomes are seen as a cost, and are cut at the first sign of financial pressures (often to the relief of the staff members who have had to endure them).

CEOs must also take some of the blame for ineffective HR departments; they need to provide their HR leaders with more operational experience, says Nally.

Andrea Hayden, director of human resources for technology company, Attachmate Asia Pacific, doesn’t wait to be told by her CEO to get onto the front line, however.