The future of the resume (it has one) 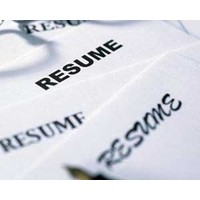 When so much of our digital footprint is available to any employer with a bit of web-savvy, why do we still bother with resumes? As 160 million professionals now host their resume on LinkedIn, is there still a point to submitting one alongside your cover letter?

The recruitment process has changed in recent years, but resumes, or CVs, aren’t an anachronistic bygone, says Martin Nally, the managing director of HR services firm HR Anywhere, which helps companies recruit as well as helping job-seekers spruce up their resumes for the greatest impact.

Resumes remain the standard not out of tradition, but because they are useful to both job-seekers and recruiters, Nally says.

“If you write your own CV before being interviewed, you’re preparing yourself for answering questions about yourself, and arming yourself with examples,” Nally says.

“So the resume isn’t dead, because it’s very useful as a preparatory device for interviews.”

Nally says CVs are very flexible, and have changed to incorporate things like social media profiles and examples of past work. “A sophisticated CV is now a portfolio,” he says.

By forcing people to be creative within an accepted form, Nally says a CV is also a good demonstration of a candidate’s communication skills.

For these reasons, the vast majority of those who recruit through HR Anywhere still ask for resumes.

“We don’t necessarily need them to send a resume once we’ve seen someone’s competencies on a site like LinkedIn,” she says. “We like it that way. It really suits our business.”

When filling positions, she says, Catch of the Day tries wherever possible to see practical examples of someone’s work, rather than relying on what their resume says about their experience. “Traditional resumes are about experiences and qualifications,” she says. “Now we look for folios and testimonials.”

“Some people have the ability to work their resume to fit a position description, and look like they’ve ticked all the boxes. But they might not have actually performed those tasks, and if they have we don’t know how well. That’s why we prefer a more practical example of their skills, or a public format like LinkedIn where it’s riskier to put down things that aren’t true.”

When it comes to creative roles, like copywriters, designers or technicians, O’Brien says Catch of the Day looks for creativity in how people apply. “We like creative applications because we’re a unique business… Things like designing your own website really grab our attention.”

“It’s harder to be creative in fields like finance, or human resources,” O’Brien concedes. “Resumes still have a place… but we do like to see something a little different.” If all resumes look the same and a recruiter has to go through a hundred of them, she says, a unique application can help a candidate stand out.

By asking whether the resume is dead or not, perhaps we’re asking the wrong question. Sure, the resume is changing. In some jobs, it’s appropriate for a resume to be entirely digital. But a website highlighting your experiences and results isn’t in substance anything other than a resume, Nally says.

“There’s no question about that,” he says. “A resume is a fantastic opportunity for people to put their story forward. Curriculum vitae, after all, means ‘courses of life’. Your CV is your life story.”

“The manner you present it might morph. But the question [from recruiters] isn’t going to die.”