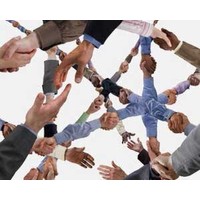 Change is hard, especially in a large organisation. Numerous studies have shown that employees tend instinctively to oppose change initiatives because they disrupt established power structures and ways of getting things done.

However, some leaders do succeed at transforming their workplaces. What makes them able to exert this sort of influence when the vast majority can’t? We set out to gain insight by focusing on organisations in which size, complexity and tradition make it exceptionally difficult to achieve reform.

There is perhaps no better example than the UK’s National Health Service (NHS). Established in 1946, the NHS is an enormous, government-run institution that employs more than a million people in hundreds of units and divisions with deeply rooted, bureaucratic, hierarchical systems.

Yet, like other organisations, the NHS has many times attempted to improve the quality, reliability, effectiveness and value of its services. A recent effort spawned hundreds of initiatives. For each one, a clinical manager – that is, a manager with a background in healthcare, such as a doctor or a nurse – was responsible for implementation in his workplace.

In tracking 68 of these initiatives for one year after their inception, we discovered some striking predictors of change agents’ success. Their personal networks – their relationships with colleagues – were critical. We observed three network ‘secrets’ that can be useful for any manager, in any position, trying to effect change in their organisation.

You can’t do it without the network

Formal authority is, of course, an important source of influence. Previous research has shown how difficult it is for people at the bottom of a typical organisation chart to drive change. But most scholars and practitioners now also recognise the importance of the informal influence that can come from organisational networks. When it comes to change agents, our study shows that network centrality is critical to success, whether you’re a middle manager or a high-ranking boss. In fact, among the middle and senior managers we studied, high rank did not improve the odds that their changes would be adopted.

Consider John, one of the NHS change agents we studied. He wanted to set up a nurse-led preoperative assessment service that would free up time for the doctors who previously led the assessments, reduce cancelled operations and costs, and improve patient care.

Although John was a senior doctor, he had joined the organisation less than a year earlier and was not yet well-connected internally. As he talked to other doctors and to nurses about the change, he encountered a lot of resistance – until Carol, a well-respected nurse, offered to help.

She had much less seniority than John, but many colleagues relied on her advice about navigating hospital politics. She knew many of the people whose support John needed, and she eventually converted them to the change.

The shape of your network matters

Which type of network is better for implementing change? It depends on how much the change causes the organisation to diverge from its norms, and how much resistance it generates as a result.

Consider an NHS attempt to transfer some responsibility for patient discharge from doctors to nurses. This is a divergent change: it violates the deeply entrenched role division that gives doctors full authority over such decisions.

A cohesive network works well when the change is not particularly divergent – when it builds on rather than disrupts existing norms and practices – because most people in the change agent’s network will trust his intentions.

But for more dramatic transformations, a bridging network works better because unconnected resisters are less likely to form a coalition and because the change agent can vary the messages for different contacts, highlighting issues that speak to individuals’ needs and goals.

The NHS nurse who implemented the change in discharge decision authority explained how her connections to managers, other nurses and doctors helped her tailor and time her appeals for each constituency:

“I first met with the management of the hospital to secure their support.

I insisted that nurse-led discharge would help us reduce waiting times for patients, which was one of the key targets that the government had set. I then focused on nurses. I wanted them to understand how important it was to increase their voice in the hospital and to demonstrate how they could contribute to the organisational agenda.

Once I had their full support, I turned to doctors. I expected that they would stamp their feet and dig their heels in. To overcome their resistance, I insisted that the new discharge process would reduce their workload, thereby enabling them to focus on complex cases and ensure quicker patient turnover.”

Change agents must be sure that the shape of their networks suits the type of change they want to pursue. If there’s a mismatch, they can enlist people with the right kind of network to act on their behalf.

Identifying influential people who can convert others is crucial for successful change. Organisations generally include three types of people who can enable or block an initiative: endorsers, resisters and fence-sitters. Which of these people should change agents be close to?

Again, our research indicates that the answers often depend on the type of change. Deepening your relationships with endorsers will not make them more engaged and effective. If people like a new idea, they will help enable it whether they are close to you or not.

With fence-sitters, the opposite is true: being personally close to them can tip their influence in your favour no matter the type of change. As for resisters, close relationships present an opportunity in non-divergent initiatives – their sense of social obligation may cause them to rethink the issue. But in the case of divergent change, resisters typically perceive a significant threat and are much less susceptible to social pressure.

Fence-sitters can always help, so make time to take them out to lunch, express an authentic interest in their opinions, and find similarities with them in order to build goodwill and common purpose. Handle resisters with care: if you’re pursuing a disruptive initiative, you probably won’t change their mind.

We saw clear evidence that these three network factors dramatically improved NHS managers’ odds of successfully implementing all kinds of reforms. We believe they can do the same for change agents in a wide variety of organisations.