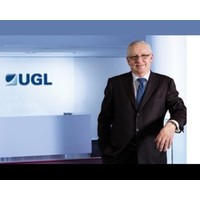 You’ve got to hand it to UGL chief executive Richard Leupen. He may be one of Australia’s highest paid and underperforming corporate bosses, but he sure knows how to grab a headline in The Australian Financial Review.

Hours after announcing a catastrophic drop in profit —?by 40%?—?Leupen was “urging” the government to devote more funds to infrastructure spending. One wonders why Leupen didn’t just take it one step further and ask taxpayers to augment his already burgeoning pay packet of more than $26 million over the past five years.

Like many mining and mining services bosses, Leupen and UGL rode the mining boom with aplomb, as if China’s credit creation and the wanton spending on mining projects was the result of some sort of executive brilliance, rather than what it really was?—?being in the right place at the right time. As Tom Albanese and Marius Kloppers showed, when it comes to running a business and delivering a return to shareholders when the boom ends, it’s not quite so easy.

Leupen’s tenure at UGL started like a dream?—?in 2007, when UGL shares were fetching more than $21 a pop, the usually sceptical Stephen Mayne wrote in Crikey that Leupen “deserves to retire when his contract expires in September 2011 with a net worth well in excess of $100 million”. Sadly for UGL shareholders, things haven’t been going quite so swimmingly since then.

By 2009, UGL’s share price had fallen to around $13 per share, and shareholders weren’t quite so ebullient in their praise, with the majority of shares being actively voted against the company’s remuneration report (which only passed after the board voted undirected proxies in its favour). That year, the UGL board felt it appropriate to pay Leupen a $500,000 bonus for, among other things, “assisting the board in finding a successor”. Five years later, Leupen is still in charge and there is no successor in sight (but Leupen doesn’t appear to have repaid the $500,000). In 2009, the UGL board also thought Leupen deserved a substantial increase in base pay and a $1.4 million bonus, despite the company’s share price slumping by 25%.

UGL’s recent performance however has been far worse than even 2008: the share price has collapsed to only $7.56?—?almost 70% below its peak?—?with investors fleeing the stock after UGL announced net profit for the 2013 financial year would be $90-$100 million. The downgrade came only three months after Leupen told investors the company had “diversified, recurring revenues streams” and would generate profit of $140-160 million for 2013.

The fall in profit was apparently due to “ongoing uncertainty and volatility in commodity markets [which have] driven a continued slowdown of capital investments in the resources and infrastructure sectors”. No blame was sheeted back to the $26 million dollar-man.

In fairness, criticism cannot be laid entirely at the feet of Leupen. While UGL’s foolhardy move into property series occurred under his watch, blame should also fall at the feet of long-time UGL chairman and remuneration boss Trevor Rowe. The former investment banker was once a doyen of Australian corporate boardrooms, that is until the BrisConnections fiasco, which led to him avoid seeking reappointment to the blue-chip ASX and Queensland Investment Corporation boards.

During his downfall, Rowe once had a crack at this writer, attempting to defend his corporate legacy noting “there has been NO financial collapse of BrisConnections”. We haven’t yet received an apology from Rowe, after BrisConnections was placed into voluntary administration in February, in a move which Rowe saw fit to describe as “disappointing”.

But UGL Group shareholders arguably have only themselves to blame. The board, led by Rowe (who is paid almost $400,000 a year for his trouble), and executive team led by Leupen, serve at their pleasure. Caveat emptor, indeed.

Adam Schwab is the author of Pigs at the Trough: Lessons from Australia’s Decade of Corporate Greed. This article first appeared on Crikey.