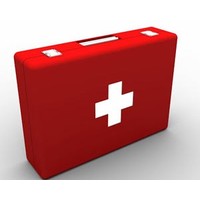 What do you think is the biggest killer of Australian women today? It’s not breast cancer, suicide, lung cancer or even stroke. It’s heart disease and you don’t have to be old to get it.

Corporate businesswoman Cindy Dahiya wasn’t old when she had a heart attack during a client meeting two years ago. At just 51, she was slim, fit and seemingly healthy. A non-smoker, she followed a nutritious diet and worked out at the gym several times a week.

Surely, not a candidate for coronary heart disease – or so she thought.

As Dahiya explains, when she started to feel faint and nauseous in the meeting, she assumed she had a flu virus or had eaten something that didn’t agree with her. After all, there was no tell-tale pain in her chest or shortness of breath to warn her of the danger she was in.

“A heart attack was the last thing on my mind,” she says. “I was feeling lightheaded and had a bit of pain in my jaw, and my right arm started to feel heavy which I thought was because I’d strained it doing weights that morning. After I fainted, the only thing I felt was complete lack of energy. But there was no pain.

“It was like every ounce of energy had been sucked out of my body. I couldn’t even move my finger. That lasted for about half an hour then I thought I was OK. I kept my boots on in hospital thinking they would let me go home after they’d done all the tests.”

Unbeknown to Dahiya, what she had experienced was heart attack minus the usual chest pain. Her symptoms may seem atypical but they are actually very common in women. As US heart specialist, Dr Noel Bairey Merz explains, about one third of all female heart attacks are “silent” in that their symptoms are vague and sometimes painless.

Bairey Merz, who was in Australia recently as guest of the Victor Chang Cardiac Research Institute, says symptoms like Dahiya’s often go unnoticed until it’s too late.

“The highest risk of death is in the first few days [after heart attack] so it’s really important that women know the warning signs of female pattern heart disease and seek medical assistance,” she says.

Young women have heart attacks too

With 52 Australian women having a heart attack every day and many dying prematurely of heart disease, it’s clear we need to pay attention to our bodies and be mindful that coronary heart disease is not just a male problem.

“The graphic reality is that we’re not just talking about grandmothers here,” Bairey Merz says. “One in five women who have a heart attack are mothers with children in the home.”

She explains female heart attack symptoms as unusual fatigue and a distinct lack of chest pain, sometimes accompanied by the classic symptoms of shortness of breath, a cold sweat and nausea or vomiting.

Men, on the other hand, generally have more violent heart attacks which, as far as Bairey Merz is concerned works in their favour.

“Two thirds of men have what we know to be ‘typical’ symptoms of a heart attack – a sensation in his arm, a crushing pain in the chest then he’ll drop to the floor. The problem is, only a third of women will experience these sorts of well-recognised symptoms … and in many cases won’t even know they have had a heart attack so they are not being diagnosed or treated in time.”

Fortunately for Dahiya, a quick-thinking client suspected something was very wrong when she collapsed in the meeting room and immediately called an ambulance despite Dahiya’s protestations.

Learning her lesson the hard way

Today, two years on, Dahiya has returned to good health and is back running a busy financial planning business with her husband. But importantly, she is also taking her blood pressure medication.

At the time of her heart attack Dahiya had what the medical profession calls a “modifiable risk factor” for heart disease. Suffering from moderately high blood pressure, she was supposed to be taking medication to control it but after 18 months she withdrew the medication and tried to control her blood pressure through exercise and diet.

In hindsight, it wasn’t a good idea, especially with her family history of heart disease, but she knows that now, having learned her lesson the hard way.

“My advice is if you have the slightest family history or slightly high blood pressure, please don’t take it lightly,” she says.

Pertinent advice, no doubt, given that 90% of Australian women have at least one modifiable risk factor for heart disease and half of us have two or three. These include:

Keep a check on your heart health

Bairey Merz would like to see women of all ages place just as much importance on blood pressure, blood sugar and cholesterol checks as they apparently do with pap smears and mammograms. After all, four times more Australian women die of heart disease than breast cancer, and cervical cancer rates are significantly lower again.

She also wants women to “eat a heart-healthy Mediterranean diet” and be active, explaining that incidental exercise is invaluable.

“It’s a myth that if you are not overweight you are fine but people who are physically inactive yet not overweight are at the same level of [coronary heart disease] risk as people  who are overweight. That’s why I like to see women chasing children, climbing stairs and carrying shopping – it all helps.”

Practising what she preaches

As for Dahiya, not only is she religiously taking her blood pressure and cholesterol medication, eating well and exercising, she is also advising her clients to take out trauma cover and not just life insurance. After all, you never know what’s around the corner.