When a call from the boss is a barbecue-stopper 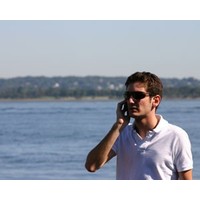 At home in Perth on a weekend, Nick Lewins, chief technology officer with Bankwest, writes an email and saves it as a draft, preferring to send it on Monday morning.

Acutely aware that the 25 staff he manages have smartphones and laptops with email access, Lewins is careful about the tone he sets.

“I don’t want to create the culture where people expect that I would work from home on a weekend … I don’t want to set that expectation with people,” he says. “Non-critical emails you should really hold over until Monday, so that people won’t have their home life interrupted too much by that compulsion about checking emails to see if something has come in.”

Smartphones are no longer the sole domain of senior executives. Email and internet are available on such a variety of mobile platforms that most employees have access to them.

The concern is that employees become too connected to their work, taking it with them 24/7 with a device in their pocket or even under their pillow. Managers have a big impact on how staff use mobile devices, says Judi MacCormick, a researcher at the Australian School of Business. People tend to ignore company policies for flexible working but they always note the actual behaviour of their managers.

“If they are using their smartphones and are using them out of hours, their role modelling has a significant impact and sets the expectations for others that they should be constantly on call,” MacCormick says.

Andrew May, a business performance and productivity expert and author of FlipThe Switch, a book exploring skill sets for the digital age, says technology has turned people into “human pinballs, bouncing from one thing to the next to the next”.

They get to the end of the day, May says, and think: “What have I done today? Not much. I’d better stay here for four hours when everyone has gone home so I can get the high-end tasks done.”

Psychologists have been measuring how often people in the modern workforce are distracted or interrupted.

“About five years ago it was once every seven to eight minutes, but the latest data suggests it’s now down to under four minutes – so every four minutes you get a text message, an email, your mobile is buzzing, there’s a walk-in or some sort of distraction,” May explains.

When workers are being paid for their cognitive powers, this clearly must affect productivity, says May, who calls BlackBerrys “weapons of mass distraction”.

Hard cognitive work requires a fine focus. Younger workers may have grown up with constant distractions and could be better at handling the interruptions that technology delivers. But May argues “if you’re getting distracted every couple of minutes, there is just no way you can reach your potential”. However, a balance is required because leaders can’t cocoon themselves away all day to focus on high-end tasks either – part of leadership is being available at all times.

Perhaps employers would like “automatons that don’t turn off and are constantly working intensively in the right direction all the time”, MacCormick suggests.

But without time for recovery, human beings burn out.

“If we’re always on, we don’t have time to refresh or to recover and that has implications for our capacity to think and act strategically. Our focus is narrowed because we’re no longer looking at a lot of the other elements in our work context and our wider work environment.”

A physiological aspect of working all the time is that it puts the body into a stress response, MacCormick points out.

Smartphones “are a great way of filling our lives with other people’s bad ideas”, suggests Richard Denniss, executive director of The Australia Institute, a Canberra think-tank.

Participants in a recent research study conducted by the institute on the impact of overwork, Long time, no see: the impact of time poverty on Australian workers, observed technology’s intrusive impact.

For example, a call from the boss on a Saturday afternoon may only last 10 minutes, but it can change employees’ moods for the next hour or two. Smartphones put more work into the lives of already busy people, says Denniss.

“People who are too close to the day-to-day find it much harder to think strategically, and if their weekends are full of the trivial, then they’re far less likely to return to work on Monday feeling both invigorated and, perhaps more importantly, bringing along some new, good ideas.”

Companies are addressing the issue of encroaching technology. May is working with big businesses as they grapple to find ways to manage it. They started by trying to tackle individual behaviour, but now the focus has shifted to cultural change.

“Culture change has to happen from the top down,” May says. Changed behaviours need to be demonstrated by CEOs and executives. However, a number of companies also use a bottom-up approach, giving people a set of rules on email, mobile and smartphone use, along with rules on meetings and ‘how we communicate’ in the induction process.

Unions NSW, which represents workers in 67 trade unions in Australia’s most populous state, has called on companies to take action. It wants businesses to introduce rules requiring staff to leave their work phones and computers in the office when they are on holidays, to stop the invasion of work into private time.

“It’s getting harder and harder to unwind and spend quality time with family and friends, given the ever-increasing creep of email, SMS and work calls into our personal time. If you’re taking a break … do yourself a favour: when you’re at home, leave the iPhone alone,” suggested Lennon in a recent interview.

Some people need no encouragement. Ian Hutchinson, the founder of employee engagement consultancy Life By Design, believes it’s up to individuals to manage their own situations and cites cases of people turning their work phones off as they walk out the office door – or even leaving them locked in the desk overnight.

He believes promoting a culture that expects employees with phones to be contactable day and night is not “a fair expectation in an organisation that is really into engaging its people”.

“If the company doesn’t respect the fact I’ve got a life outside work, then maybe it’s violating one of the key engagement drivers, which is work-life balance.”

At the same time, other technologically time-sapping inefficiencies also need to be considered, according to Jason White, principal of Aon Hewitt’s Australia and New Zealand human resources consulting. Systems need to be up to scratch, “not clunky”, so they don’t take unnecessary time to use.

Part of the smartphone addiction problem may be ambitious employees themselves who are locked into a race with colleagues. MacCormick found evidence for the “she who texts most wins” phenomenon in her studies into mobile phone usage.

Some workers admitted: “We want to show that we’re on the BlackBerry until the latest at night and sending out the most communications”. “There becomes an internal competition of volume and timing to show that they are a harder worker,” MacCormick says.

Hutchinson identifies a vicious circle: “If you become a workaholic, your life outside of work can shrivel up and die, so now there’s no reason for you to leave work. It just perpetuates the situation and some people thrive on being workaholics.”

Over-engagement can be tricky for managers to spot, though, because at the other end of the spectrum are workers using devices for impression management “so they can look like they are working, when they’re not really doing anything work-related at all”, MacCormick explains.

Of course, work-life balance is a matter of perspective. “Some people have perfect work-life balance working 100 hours a week because they absolutely love what they do and their life would not be as fulfilled if they weren’t investing that time,” Hutchinson notes.

It’s important for companies not to be too prescriptive, MacCormick says. “Some people prefer to work late into the night and would rather sleep late, perhaps. We have different rhythms to which we work and life circumstances that determine different optimal work situations. For example, a father who wants to be able to be there when the children come home from school but is quite happy to work after the children have gone to bed at night.”

Better outcomes for individuals and their organisations come from enhancing the individual’s sense of control over the technology and their ability to manage their different spheres of life, MacCormick believes.

“Part of this is about establishing expectations around employee availability and connectivity at mutually agreeable levels,” she says. “A culture where there is ‘organisational permission’ to manage connectivity in the context of non-work expectations of family and friends needs to be enacted rather than just paid lip service.”

Employees find it very hard to resist the pressures of their bosses, observes The Australia Institute’s Denniss. “Without cultural change, it’s very hard for individuals to take a brave stand and be the only person who insists on not being contacted on the weekend.”

Reward systems need to be examined to see if they encourage unrestrained use of the devices that might lead to burnout, or promote unconstructive competitive behaviour, and even dangerous activities.

Companies that fail to do so leave themselves open. In the US, lawsuits have been launched in which employees have claimed they were forced to work unpaid overtime by taking calls or answering emails out of work hours.

At Bankwest, many people see themselves as sticking with the company for the long term because it offers a good work-life balance, says Lewins.

“[There are] people who are here because the bank offers them a really great career path for the long term; people who want a sustainable way of working,” he says.

“The controls on that are not really technological in our work space, preventing overuse of it – they’re cultural and individual-behaviour based.”