The three pitfalls of storytelling 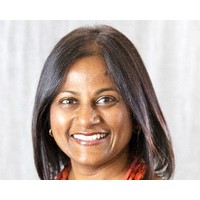 Yet as with everything, storytelling can have a dark side; here are the pitfalls to avoid when using storytelling.

In business, all your stories (unless they are parables) must be authentically true.  Period. This simply cannot be stressed enough.

It’s simply not worth the backlash and the damage that can have on your credibility. All it succeeds in doing is giving you a reputation for manufacturing, spinning and inventing stories.

In an episode of The Gruen Transfer (a television program on Australia’s ABC1 network that discusses the methods, science and psychology behind advertising) the panel was discussing marketing spin.

The commentator said in marketing spin, you take one truth and spin everything around it. Business storytelling is the complete opposite of that, everything in your story needs to be true.

We once saw a CEO squirming his way through a story and found out later he had been coerced by his media advisor to share a personal story.

Nothing was more uncomfortable to watch or obviously difficult to deliver.

Not every message needs a story, and if a story is used the narrator needs to enjoy telling the story and be confident it will work for the audience and purpose for which it is intended.

A few years ago we did some work with a leadership team, where the organisation was outsourcing processes overseas. The leaders were making a series of presentations and wanted stories to support their key messages.

After about 45 minutes when no stories were emerging we asked the leaders: ‘Can you honestly put your hand on your heart and say that you believe this is the right thing for your people?’ None of them could.  We then advised them to simply use the business case data when presenting, instead of trying to force stories.

Often people think storytelling is a gift and some people are born with it. Nothing could be further from the truth. Storytelling is a skill that can be taught and learnt. No storyteller who is good at storytelling flukes it, or flies by the seat of their pants.

A lot of preparation and practice have gone into the story, even though it may look impromptu or off the cuff. John Stewart (ex-CEO of National Australia Bank) was often described as a natural storyteller. We had the privilege of interviewing Stewart and asked him about being a ‘natural storyteller’. He smiled and said: ‘My best ad-libbed stories have been practiced for hours in front of the mirror.’

The most frequent feedback we receive in our workshops is that storytelling is not as easy as it seems, yet the rewards when you get it right are well worth it.