The unseen benefits of awards and scholarships 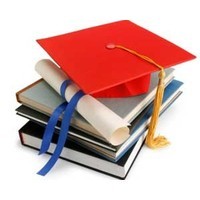 Independent company director, Kirstin Ferguson, has won four awards in her professional life that have taken her overseas, built her networks, boosted her credibility and been a helluva a lot of fun.

Ferguson says: “I just encourage anyone to apply for awards and scholarships. It doesn’t matter at what point in your career – not just at the start. It can really give you a boost at any point.”

Yesterday, the Australian Institute of Company Directors handed out 70 scholarships to professional women to advance their careers as professional directors. The scholarships will pay for them to complete a training course at the AICD, and give them a year’s membership. There were 1600 applications for the scholarships, which are in their second year.

One scholarship winner is Petrina Coventry, a director and chief human resources officer for the public-listed oil and gas producer, Santos. Coventry has already held board positions, including her current one with Santos. She expects the numbers of women involved in the course to be a confidence boost, to broaden her networks and make her a better board representative.

But Coventry has never received or applied for a scholarship before in her career. “It never crossed my mind. But I thought this was a great initiative,” she says.

For Ferguson, 2012 has been a great year in terms of honours – she currently has three.

A Talbot Family Foundation scholarship will pay for Ferguson to participate in the AICD International company directors course in Abu Dhabi. “It has provided an incredible opportunity to further my professional development,” she says. “It provides the impetus to stake the step before I would have otherwise done it.”

Even process of completing applications for scholarships and awards – whether or not you receive them – has benefits, Ferguson says. “Seeking reference, putting down your skills and why you believe you are the best person to receive it in a simple two pages application, is another way of keeping yourself on track.

“And if you don’t get it, that is OK There are plenty I have applied for that I haven’t received; that is part of the process. If you get feedback, you can learn from it.”

The influence of her first scholarship, an academic award at age 21, profoundly influenced Ferguson and opened her eyes to the benefits of putting in an application. “It broadened my mind beyond the confines of university in Australia. I became a scholar of the world and that has stuck with me through my career.”

The self-motivation and discipline of that the application process is also career enhancing, as are the “conversations” that arise when approaching the required referees for their support. Ferguson is currently completing a PhD, and is the Colin Brain Corporate Governance Fellow at Queensland University for Technology and recipient of an Australian postgraduate award scholarship for PhD research.

Jacqueline Chow, general manager at Arnott’s Australia and New Zealand, is one of the AICD recipients. The company director’s course she will complete will provide her with valuable training to further her ambition to become a company director. Chow says: “I do have a dual aim. Through the lens of corporate governance, learning the tenants of resource allocation, strategic planning and investment decisions will make me a better general manager, but I am also wanting to extend the opportunity to serve as a non-executive director in medium term.”

Chow says the application process, although time-consuming, was helpful. “It clarified my thinking about what I wanted and where I could provide value and serve. And, from a place of humility, what I could also learn, the gaps in my skills and experience.”

This is the second scholarship Chow has received – the first was in her student days – and she hopes to extend her network, and receive mentoring and support through the process of the course.