The value of concentration in the digital age 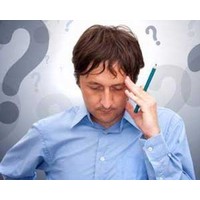 There is an old saying that anxiety is the enemy of concentration.

One of the best pieces of sports journalism I ever read was by Gene Tunney, world heavyweight champion of the 1920s, writing about how reading books helped him stay calm and focused in the lead-up to his most famous fight against former champion Jack Dempsey. While members of Dempsey’s camp ridiculed Tunney for his bookishness, Tunney kept calm, and went on to win.

Most of us would feel stressed at the prospect of stepping into the boxing ring, but stress-related illnesses, especially depression and forms of anxiety and attention disorder, are becoming increasingly prevalent, especially in wealthy societies. According to a major 2006 projection of global mortality by Mathers and Loncar, by 2030, unipolar depression will be almost 40% more likely to cause death or disability than heart disease in wealthy societies.

Stress can of course have many causes, but in the most general sense, it spreads from factors that impact negatively on focus and concentration. We fear interruption or a surplus of tasks, responsibilities or options to choose, leading to heightened stress levels.

The digital age is an age of distraction; and distraction causes stress and weakens concentration. Concentration, as the philosopher William James argued in his classic 1890 work Principles of Psychology, is the most fundamental element of intellectual development. He wrote:

The faculty of voluntarily bringing back a wandering attention over and over again, is the very root of judgement, character, and will … An education which should improve this faculty would be the education par excellence.

Concentration is equally important emotionally, as is being increasingly revealed by new research into “mindfulness” and meditation. The inability to focus is associated with depression and anxiety and, amongst other things, an underdeveloped sociability and human empathy. Tests have revealed that people report greater happiness from being effectively focused on what they are doing than from daydreaming on even pleasant topics.

How many memoirs include stories of the author surreptitiously reading books by torchlight underneath the blankets, with parents fearful of the child reading too much? (In my case I was reading The Hardy Boys so my mother’s objections were probably justified.)

As James Carroll has argued, at its core, reading is “the occasion of the encounter with the self”. In other words, the ultimate object of reading is not to take on information but to absorb and reflect upon it and, in the process, hopefully, form a more developed version of one’s own identity or being.

It seems likely that the concentration required and encouraged by books is extremely valuable. Reading books is good for you. And this seems especially so in the case of print books, where a reader is most completely free from distraction.

Ebooks, and more pertinently perhaps, the digital reading environment, are unquestionably transformative in the opportunities and experiences they offer to readers. Great oceans of knowledge otherwise only obtainable through tracking down print books or physical archives and records, have become available and, much more easily searchable. Hyperlinks mean readers no longer have to read in a straight line, as it were, but can follow innumerable paths of interest.

Web2 technologies enable “talking back” to publishers and media, the formation of groups of readers with common interests, easy (sometimes too easy) sharing of files and other information. Stories can be enriched by animated graphics and interactivity. And so on.

No-one in their right mind would imagine that the e-reading environment can or should somehow be wound back.

Nonetheless, by their nature e-reading devices facilitate and encourage the constant, inevitably distracting consideration of other reading options, more or less instantly attainable. This is probably their main selling point.

It is interesting to consider that the greatest benefit of reading may come from its capacity to assist in the development of focus and concentration, that the print book may not actually have been superseded or, indeed, be supersede-able.

This, I think, is what the novelist, critic, philosopher and communications historian Umberto Eco means when he argues: “The book is like the spoon, scissors, the hammer, the wheel. Once invented, it cannot be improved.”