To teetotal or not to teetotal? That is the question 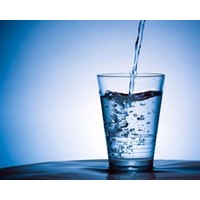 I gave up drinking in April 2012 and it’s generated an interesting response in my professional life ever since. I’ve often been met with confused interest, which isn’t always positive.

When offered a drink, I often start off by saying “no thanks”, leading some to assume I’m driving or not sticking around at the social or work function for long. And then I get asked again and have to explain: “I’m close to a year without drinking” – which is when the conversation takes a turn. “What? Why? How!?” has been a common response. I explain that I set myself a challenge last April to go for a month without alcohol, and I’ve kept going since then.

I believe Australia’s relationship with alcohol involves a lot of peer pressure, especially in the workplace, which is concerning for young people starting out in their careers. While everyone has marginally different limits, the most recent guidelines from the National Health and Medical Research Council (NHMRC) notes that drinking sessions that include more than two standard drinks a day increase various lifetime risks associated with alcohol.

The two groups at an increased risk are aged 18-25 or 60-plus. These groups are at a greater risk due to the accidents and injuries associated with alcohol, which are largely underplayed in the social discourse. Alcohol also impacts brain development in those aged 18-25, and brain function for those aged 60-plus.

The 179-page report from the NHMRC explains that 35% of all injuries presented to our emergency rooms are alcohol-related. Two-thirds of those are sustained by men under 30. It is women under the age of 30 who are most likely to be victims of alcohol-related violence. Meanwhile, obesity, various cancers, diabetes, and mental health problems are all associated with alcohol consumption.

This is beyond a gender or a business issue. This is society’s concern and should be of concern to employers. While I don’t think there’s any problem with drinking alone at a business lunch, an issue Marina Go raised on Women’s Agenda last week, we do need to be able to make informed decisions about what alcohol does for our health – in the same way we know the impacts of smoking.

I noticed real benefits when I gave up alcohol. I’m now able to wake up earlier and push myself harder when I work out. I’ve also seen a change in my finances – instead of spending $10-$20 on a drink I’m down to $4 for a ginger beer, which saw me become a favourite person to take out for drinks. Instead of spending $50 or more on a night out, I now get away with spending $10-$20 when I go out and I get more bang for my buck.

Beyond the health benefits, giving up alcohol also puts you at the centre of the discussion – people want to hear why because it’s beyond the norm. Apart from the health and financial benefits, you can use not-drinking as a networking tool to get you noticed. That comes down to the way you position yourself.