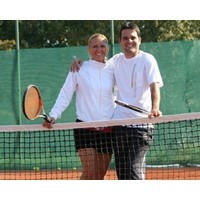 When does an industry formally become a profession? The question is an increasingly apt one for the world of business and executive coaching, which has enjoyed extraordinary growth in the past 10 to 15 years.

While some argue that the coaching industry is slowly coming of age, historically anyone with business experience across a wide range of sectors – from real estate to psychiatry – has been able to hang out a shingle. Without any clear qualifications or barriers to entry, coaching is a free-for-all – anyone can be one.

“There isn’t a business which hasn’t been marketed to by people professing to be business coaches, claiming the widest experience and who promise to work wonders,” remarks James Mason, managing director of coaching firm Mindshop. Mason is particularly critical of franchises offering a “cookie-cutter” or one-size-fits-all approach that use coaching gobbledegook, often via the latest forms of social media. They are one reason some people in the industry have now stopped calling themselves coaches and adopted other titles, including “sales scientists” or “business catalysts”, says Mason. “They’ll do anything to distance themselves from the word ‘coach’.”

But what’s to stop those less qualified to coach from making their own moves on the market when even the top coaching practitioners – the experienced business professionals and highly qualified academics – are still struggling to define what they do?

Even qualifications present a sticking point. Successful graduation with a masters of business coaching or a degree in coaching psychology, as well as various diplomas and certificates, does not deliver an automatic licence to operate when, in the eyes of the market, a coaching graduate is no substitute for a battle-hardened former chief executive with tried-and-tested business acumen.

Yet coaches come from all directions and there are no hard-and-fast rules for what is the right background. Does a psychologist, psychotherapist or counsellor deliver better coaching outcomes than a business adviser or experienced former chief executive? The qualifications of a psychologist are no substitute for business experience, while seasoned business people may fall short in understanding the emotional needs of their coaching clients.

Despite this, the corporate world’s demand for capable coaches runs strong. And recent moves have been made to improve the professionalism of the industry, headlined by the recent launch of the Coaching in Organisations handbook by Standards Australia. It sets out guidelines for “professional” coaching, based on the views of more than 30 stakeholders from the academic and commercial worlds. It is a step forward – even if too many coaches’ viewpoints may have diluted its message, some say. “There’s no doubt the coaching guidelines were designed to be very inclusive – there was a conscious desire not to disenfranchise any of the stakeholders,” says Malcolm Dunn, director of executive development services at AGSM Executive Education.

As Dunn sees it, the formulation of guidelines is a good thing, if for no other reason than disparate strands of the industry have come together to create a handbook that delivers some rigorous basis to the process. But this is no substitute for a professional peak body, argues Dunn. “Psychotherapists and psychologists have their professional bodies,” he points out. “There’s a rigour around these professionals, their qualifications and training, and supervision of their conduct. The coaching profession does not yet have any of that.”

Where psychology and business meet

Executive and business coaching are difficult to define, because they fall between two schools of thought. There is the psychological and “duty of care” aspect of coaching which, in turn, may clash with the need for the upshot of coaching to provide a tangible business outcome. Theoretically, executives who have been coached should be better leaders, more able to deal with their own problems, manage their lives and their workplace teams, while also improving profit margins.

“It’s not hard to see why coaching attracts so many psychologists,” says Dunn. “For coaching they can get anywhere from A$300 to A$1500 an hour, but maybe just A$80 an hour as a clinical psychologist. And, for that price, employers are expecting a real commercial outcome.”

However, the pastoral – listening, caring and empathising – component of coaching cannot be overlooked. “I do come from a long line of Irish priests, but I sometimes wonder just how much of a confessional coaching can be,” jokes Sean Spence, who runs his own executive and management coaching business, Sean Spence & Associates. He says one of the reasons for the increasing popularity of coaching is that it offers one of the last remaining psychological straws to executives operating in a business culture where downsizing rules. Organisations are grappling to find in-house mentors, when most managers are in situ for just a few years, he points out. Besides, who in a business has the time, inclination or status to listen to a leader’s problems? Business executives also are reluctant to admit weakness or need to their peers when they are in positions of power and presumed to be “all-knowing”.

There is no shortage of views on the differences between executive coaching, business and life coaching and, in turn, the essential components for each. Josephine Palermo, who heads the coaching program at Deakin University’s Faculty of Health and Social Development, is adamant psychology must underpin all executive coaching. Psychologists bring the understanding of human behaviour, a perspective on how teams and groups work. Palermo argues executive problems can almost always be traced to behaviour. “It always comes down to behaving in an aligned or unaligned way,” she says.

When executives want a coach, Palermo says, it is often because there are behavioural issues limiting performance, or they are stressed about the complexity both of their role and the issues coming their way. “You can have the best mission statement for your team in the world, but if you, as a leader, don’t understand behaviour, or how to maximise motivation, the mission statement won’t get anywhere.”

While many believe there must be clear metrics to show what does and does not work, coaching cannot be scored. Nonetheless, companies footing the bill for executive coaching tend to expect business impacts.

At Executive Central, which offers one of Australia’s largest executive coaching programs, the emphasis is on pragmatic indicators – the returns on investment that coaching must deliver.

Chief executive Rob Balmer says there have to be some indicators – these may include increases in business revenue by inspiring a winning sales culture; improving profit margins by reducing operating expenses; and better returns on investment from “new hires” through the faster assimilation of newly appointed executives. Balmer says the company would not consider coaches who lack senior executive experience.

Behavioural psychology is important in the executive coaching mix, but it is just one of many factors, according to Balmer. “Building relationships with other people is important and things such as emotional intelligence come into that area. But not one of my coaches is a qualified psychologist – that’s not to say they [psychologists] can’t be good coaches – it’s just not our style.”

With the competing demands of psychological insights and business acumen, a coach needs a fine mix of skills and contrasting talents. Among them is the ability to be empathetic; an understanding of team dynamics; insights into leadership; and business experience that can be applied in a wide range of scenarios and will help the client deliver the right bottom-line results.

Peter Zarris, chairman of the College of Organisational Psychologists and chief executive of coaching enterprise Opic, believes that at its heart, coaching has to be about transformation. It is one thing for an older and wiser former executive to advise a younger one on the rigours of the corporate world, it’s another to change ingrained habits. Zarris refers to the need to transform “unconscious incompetencies” into “conscious competencies”. A subset of learning and development is developing the professional capabilities in areas that cannot be taught in a classroom, he says.

“It’s about the change that occurs when someone moves from a purely managerial role to a leadership role. They may look the same in some ways, but they are very, very different,” Zarris says. “The question is: how will a person’s natural style deal with totally new requirements and circumstances? They simply may not have the insight into how to approach the challenge and they may have to approach the problems in a way that could be totally alien to them.”

Zarris is adamant the industry can’t progress until it morphs from a “methodology” to a fully fledged profession. A true profession needs a peak body and peer review journals as well as an over-arching regulatory body, he insists. It requires appropriate training and education so those professing to coach are held to professional standards and an established industry-wide code of ethics.

“It means that as professionals, the people being paid to give advice are properly trained and are able to give their clients ‘evidence-based’ opinions in the same way that a lawyer can look to legal precedent,” says Zarris. “We will need some kind of body responsible for ongoing research so that practitioners are able to provide the evidence-based interventions based on research and fact, not on any home-spun philosophy. Only when we have all these things can we call ourselves a profession.”