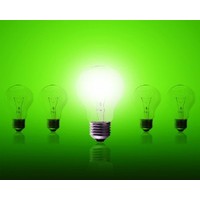 In an age of passion, Cal Newport’s is a lonely voice. A computer scientist at Washington’s Georgetown University, Newport has written extensively on the cult of passion, its increasingly synonymous relationship with success, and the pressure now exerted on people to follow their ‘passion’.

“To a small group of people, this advice makes sense, because they have a clear passion,” Newport says. “But this philosophy puts a lot of pressure on the rest of us — and demands long deliberation. If we’re not careful, it tells us, we may end up missing our true calling.”

Such pressure, he adds, can be downright destructive. “Every time our work becomes hard, we are pushed toward an existential crisis, centred on what for many is an obnoxiously unanswerable question: ‘Is this what I’m really meant to be doing?’ This constant doubt generates anxiety and chronic job-hopping.”

Newport argues that the traits that lead people to love their work can be found in many jobs, but they have to be earned.

“Building valuable skills is hard and takes time,” he says. “For someone in a new position, the right question is not, ‘What is this job offering me?’ but instead, ‘What am I offering this job?’”

Millennials in particular are bombarded constantly with glib stories that reinforce a dubious link between achievement and commercial success and the single-minded pursuit of a ‘passion’.

The passion industry has spawned a plethora of advice sites, podcasts, TV shows and self-help books predicated loosely on finding that passion or one’s ‘life purpose’.

What often gets downplayed or omitted in these narratives is the deep doubt, crushing disappointment, financial insecurity, broken relationships, ill health and disillusionment that often accompany the pursuit of a major dream or objective.

Passion might help, but it’s not passion that pulls you through the darkest of times, researchers say, but a mix of character strengths ranging from self-discipline and persistence to social intelligence and optimism (the corporate world is slowly catching on with its current focus on resilience).

Together these constitute what psychology researcher Angela Duckworth calls ‘grit’: the tendency not to abandon tasks from mere changeability, or in the face of obstacles.

Duckworth’s 12-question grit survey is reported to be a remarkable predictor of success, more so than IQ, self-control or a simple ‘passion’.

The late Apple founder Steve Jobs helped perpetuate the cult of passion although in his early life, Newport points out, Jobs clearly didn’t harbour a burning passion to run a technology company.

“If a young Steve Jobs had taken his own advice and decided to only pursue work he loved, we would probably find him today as one of the Los Altos Zen Center’s most popular teachers,” Newport says. “I don’t doubt that Jobs eventually grew passionate about his work: if you’ve watched one of his famous keynote addresses, you’ve seen a man who obviously loved what he did. But so what? All that tells us is that it’s good to enjoy what you do.”

“When people wish for passion, I think what they’re really wishing for is certainty: the knowledge that this, here, is exactly what you are meant to do, that intersection of what you love, what you’re good at, and what the world values,” Chua writes. “I used to tell people to ignore the myths of a sudden calling. Passion doesn’t strike out of the blue. You find a spark of interest and you nurture it. Hard work and experience gets you past the first few ruts.”