Virgin chief John Borghetti gets up at 3am to check his emails: How to avoid his nightmare 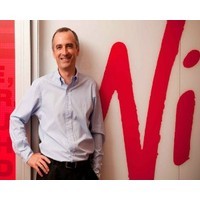 Virgin chief John Borghetti gets around 400 to 500 emails a day.

When does he answer them? Early on a Sunday morning.

The revelation that he gets up at 3am on Sundays to get through his emails came at a UNSW Australian School of Business event early this week (30 minutes into the above video), where Borghetti was interviewed by ABC director Mark Scott.

“I have a great PA and she cleans out most of them,” Borghetti said. “But there’s still 100 or so and I try to do the urgent ones, but by the time you get to Friday, Saturday, they mount up and you have got 400 emails or something.

“I’m an early riser and on a Sunday morning, typically around 3am or 4am, I kill all the emails.

“There’s a joke around [Virgin] that on Sunday morning, all the emails arrive.”

Here at SmartCompany, we know most small business owners don’t have a dutiful PA who can screen their emails for them.

So what can small business owners do to stay in control of their inbox?

“People feel guilty when they’re not responding and answering people, and feel good when they do,” he tells SmartCompany. “And we’re all afraid if we don’t check it we’ll miss out on something.”

Cyril Peupion, the managing partner of Primary Asset Consulting, says he’s personally coached hundreds of executives who admit to being ‘addicted to email’. Some check it while in meetings, others while reading their children bedtime stories, and some check it first thing in the morning.

For business leaders, the pressure to check email can be enormous.

“We want to be seen as responsive,” Peupion says. “But think about it this way. If your postman was coming every ten minutes to give you a letter, you’d probably shoot him. But that’s what we allow our inboxes to do to us.”

… and it makes you less productive

But email, by destroying concentration, has a hidden cost.

“One of the key characteristics of high performers across any field is focus,” Peupion says. “Now, imagine being focussed on something at your desk, and suddenly, a ‘ping’ that shows you have email. Suddenly, you’re distracted and you follow that email. Before you know it, 10, 15 minutes are gone. And you’ve lost your focus and your peak productive time.”

That’s why Borghetti might have something right in checking his emails once a week.

Peupion and Higgins both say it’s important to batch up the time you spend answering and checking emails.

Do it two or three times a day, and then close your inbox. Turn off notifications. Set your mobile email program on pull rather than push – so you have to ask it to check for emails.

And when you do check your email, make decisions.

“When you do open an email, you need to make a quick decision,” Peupion says. “If it takes less than five minutes to deal with, do it now. Otherwise, decide when you’ll deal with it, and put it in your diary.”

“Be harsh with your email. If 90% of it is junk that will have very little impact, why is it coming in at all?”

Part of controlling an inbox is knowing what should and shouldn’t be dealt with through email, Higgins says.

He cites task management done through email as the classic mistake.

“There’s some brilliant software out there that frames tasks in a nice way. That can set up who’s responsible, and when it’s due by, in a consistent format.

“But people keep using emails for task management. And it doesn’t make sense. Everyone writes emails differently. There’s no structure, and it’s open to interpretation.”

A McKinsey study recently found the average worker spends 2.5 hours a day on email. Getting on top of it is a must, not only for you, but for all your employees.

This piece first appeared at SmartCompany.