What every presenter can learn from a teenager 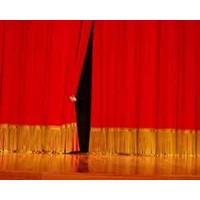 Believe me, it’s not just words like ‘epic’, ‘awesome’ or a grunt in response to a question that you can learn from your teenager.

Just yesterday I was at my daughter’s school listening to yet another parenting expert. The expert said that with teenagers there is the public discourse and a parallel private discourse that might run completely contrary.

For example, when your teenager shouts and says ‘All my friends are going’, or ‘None of their parents are ringing to check’, for example, their private discourse is very much ‘Keep me safe; set me firm boundaries’.

I immediately thought how relevant and applicable that was for presenters: to be aware of both the public discourse and the private discourse that is happening for their audience. Sadly, as we are all polite adults and not hormonal teenagers, our public discourse is the one that can be less than honest but polite and our private one, not so much.

For example, I was talking to the CEO of a large professional services company which had run a massive event for their clients last year. At the end of the event, which was ‘PowerPoint central’, they asked several members of the audience what they thought and received lots of polite positives. The CEO, however, confided that he had detected a lack of sincerity in their voices. Interestingly, the anonymous online survey afterwards (the private discourse) showed that people were less than impressed by the event. The CEO and his team did listen to the feedback and completely altered the event for this year and it turned out to be much more successful.

What if you are presenting and you can sense the private discourse? You can, as the presenter, choose to step into a moment of authenticity and create a deep connection with your audience. One of our clients, Jack, was presenting at a roadshow. He said that while attendance was compulsory for employees, they would all be thinking ‘Oh, no not another roadshow’ – though wouldn’t voice their thoughts publicly.

So Jack, as a senior leader, decided to step into the private discourse and opened his presentation by saying “I know a lot of you might be thinking: Not another bloody roadshow!”  This was both refreshing and unexpected. His audience immediately burst out laughing.  They had been ‘outed’, but here was a presenter who understood what they were thinking, so they were happy to listen to him.  As author Stephen Covey said: Seek to understand, before being understood. Sometimes articulating the private discourse helps you show empathy for the audience and to show that you understand them. What a wonderful place to begin a presentation from.

What if you can sense an undercurrent of a contrary private discourse but can’t quite put your finger on it? This is a fork in the road for you as a presenter. You can bravely plug away at your messages, while pretending nothing is wrong. While this might sound like a safe strategy, it’s actually most risky as unless you acknowledge what is happening in the room, you risk losing both your audience’s attention and your credibility as a presenter. Alternatively, you can speak to the truth of the moment by asking the audience what is happening.

Recently we were conducting a storytelling workshop with senior leaders where each leader was sharing a story in turn.

After each story we ask for very simple feedback from the other leaders and we also provide some feedback ourselves. Unfortunately there was hardly any feedback coming from the other leaders. It was like pulling teeth. Then, one of the senior leaders stepped in and said “Why are we not providing feedback? I thought were building a culture of openness and honesty so there is a real opportunity here to demonstrate that. What is stopping us?”

She had stepped into the private discourse by asking a question that suggested something is happening here that’s not right: what is it and can we fix it? There was a stunned silence but everyone was immediately jerked out of their reprieve.

One of the other leaders responded: “We all are so busy worrying about our turn that we can’t really concentrate on the others’ stories.” Everyone felt sheepish but with the truth having surfaced and been acknowledged it caused a shift in the room and in the behaviour. People were much more forthcoming with their feedback, realising that this was the fair and right thing to do, not matter what the other stressors were.

Stepping into the private discourse can be both hard to do and challenging for us as presenters and possibly parents. What is the private discourse and do we have the courage to address it?  And as Mark Twain famously said: Courage is resistance to fear, mastery of fear – not absence of fear. Now just don’t share that with your teenager!