What our corporate leaders studied at university 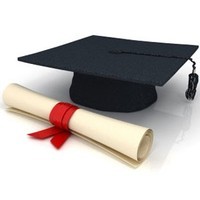 More than a third of the corporate titans who head our largest companies are scientists or engineers, a LeadingCompany analysis has found.

Of the CEOS who head ASX100 companies, 35 studied either science or engineering at an undergraduate level at university.

We can reveal that 19 of the 100 studied science at an undergraduate level (usually geology or mineralogy), while another 16 are engineers.

Not far behind, commerce and economics were studied by 14 and 11 CEOs respectively as a first degree. On par with economics was arts, while another five studied law. One CEO, Treasury Wine’s David Dearie, studied marketing.

An interesting observation to come from our figures is that our largest mining companies disproportionately promote to the CEO role those with backgrounds in science and engineering – those who’ve typically spent much of their early career working as engineers or geologists. This contrasts with the other industries on the list, where broader degrees in commerce, accounting, economics and arts were most common.

In August, Suncorp catalogued the backgrounds of the CEOs of the ASX50, and found the most common degree was a tie between commerce, engineering and economics (eight CEOs or 16% had studied each).

But in our analysis, which was broadened to include the entire ASX100, there is a higher proportion of mining companies than the ASX50, generating a higher percentage of engineers and scientists.

Another takeout is that more than a quarter (28%) of the leaders of the ASX100 studied overseas.

On closer inspection this factor reveals the varied nationalities of these leaders, rather than evidence of Australian-born CEOs having gone overseas to study after leaving school. Many of the leaders on the list are American, British, South African or European, and their place of undergraduate study reflects that.

For example, American CEOs such as Boral’s Mike Kane and Boart Longyear’s (soon to depart) Craig Kipp graduated from Southern Illinois University and the University of North Dakota respectively, while Irishman Alan Joyce, the CEO of Qantas, graduated from Trinity College.

Both of these hallowed halls were overshadowed by another university in their city – with the University of New South Wales in Sydney and Monash University in Melbourne being the starting place of far more CEOs.

The University of Pretoria in South Africa was the only foreign university to graduate more than one ASX100 CEO, courtesy of Westpac’s Gail Kelly and BHP’s Marius Kloppers, who finished degrees there in arts and science respectively.

The full list of CEOs, along with what and where they studied, is available over the page. For our earlier pieces on the backgrounds and corporate careers of the ASX100’s CEOs, click here.