When courses are free online, what’s left for universities? 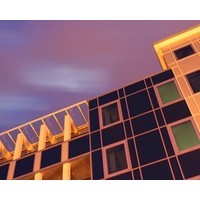 When some of the world’s most prestigious universities – including Harvard and MIT in their edX venture or Stanford and Princeton through Coursera – start putting courses online for free, it tells you one thing for sure – whatever they are selling, it is not their course content.

Australian universities are watching the movement in online open education closely, and with another 15 of the world’s top universities joining the Coursera venture this week many are asking how they can compete. But first, we must ask a fundamental question – what is it that universities are really selling?

Though content is clearly important to any higher education course, it is not necessarily distinctive to any particular university. In degrees oriented to particular professions, course content will tend to be similar between institutions – they all teach what is required for professional admission. Similarly, in many disciplines there is established basic knowledge that must be taught.

The detail will vary, but there must be considerable overlap between universities. The long-standing commercial textbook market reflects the fact that core course materials can be shared between institutions, and can also be used by people who are not enrolled in any course.

Online higher education course materials, however, offer more than just the textbook-like reading materials put online. They also have video lectures, sometimes from big-name professors from high-prestige universities. In theory, these videos could replace lecturers in Australian universities, who say much the same thing, but perhaps with less authority and eloquence.

The potential for putting teaching online seems greater in Australia than in the United States, the source of most free online education. Australian academics show a relatively low interest in teaching compared to research. And reflecting university cost pressures, permanent university staff have played a decreasing role as university teachers over the past 20 years.

Casualisation and contracting out of teaching suggest something rather surprising: that though teaching is an essential element of a university, in practice universities are happy to let people with whom they have only a slight employment connection do this work. University teaching is barely a profession in the usual sense of that word, with most academics lacking formal teaching qualifications and student surveys routinely suggesting significant room for teaching improvement.

So although course content and teaching are critical to higher education, they are areas in which there are not only alternatives to university providers, but universities themselves are willing to let others do much of the work.

What universities have not and legally cannot outsource is the awarding of credentials. Qualifications are highly regulated by government. Anyone can organise and teach a body of knowledge, but only organisations that meet detailed government requirements can award qualifications.

How safe is this qualifications-awarding power from cheaper competitors overseas? So long as employers recognise government-approved Australian qualifications above all others, this will substantially protect Australian higher education providers from international competition.

The question that nobody can answer yet is whether edX type courses will start to be valued in the labour market. Assessment is becoming more common in free online courses from the United States, but course content developed by Harvard or MIT will not lead to a Harvard or MIT degree.

As for Australian universities, the credential is core to what those two institutions sell students, and they will not give away or even sell such a valuable commodity to all who want to buy. Nor are these universities likely to offer Australia-specific courses, which will limit competition for Australian higher education providers.

It would also be a mistake to assume that universities are just selling knowledge, and that therefore they are vulnerable to competition from other knowledge providers. Especially for school leavers, university is a social and personal development experience as well as an educational experience.

Happiness studies suggest that work is something of a let-down after an enjoyable few years at university. The social and personal development aspects of higher education are one reason why universities fought hard to be allowed to charge student amenities fees.

In a world where universities have online competitors, non-academic activities are part of their core business.

Employers too might value the on-campus experience. Some international research suggests that most employers rate on-campus degrees above online qualifications. In Australian employer surveys, factors like interpersonal and communication skills rate most highly in choosing which graduates to hire.

Face-to-face teaching and student interaction on campus would seem to be a more promising environment in which to develop these skills. Whether in reality online students are more lacking in interpersonal and communication skills is hard to say, but as with other difficult-to-measure skills employers may use a proxy like on-campus education.

Developments such as edX and Coursera are undoubtedly the big new thing in global higher education. But so far they are as much a complement to what Australian universities offer as an alternative.

While Australian universities have control over the most valuable credentials in the Australian labour market, and while they offer students an attractive broader experience, we can expect their long-term growth to continue.