Which MBA? The four Australian universities on The Economist’s list 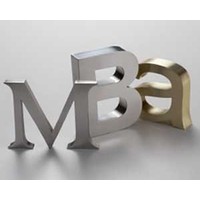 While Chicago University’s Booth School of Business took out the top gong in The Economist’s annual ranking of MBA programs, released today, four Australian universities weren’t too far behind.

The University of Queensland’s School of Business was the highest-ranked Australian MBA, and also the highest-ranked in Asia and Australasia, coming 27th globally. Taking in 29 candidates every year (out of the 90 who apply), about a third of its students come from overseas, the average age is 33, and a quarter are women. All of its graduates this year had a job within three months of graduation, with an average post-MBA salary of $131,516. Many went to management consultancy Litmus Group, accountancy Deloitte, or electronics engineer Siemens. The full-time MBA program costs $60,652.

The biggest business school in Australia, the University of Melbourne’s Melbourne Business School,  came 38th. Its full-time MBA takes in 47 students from four times that number who apply every year. One in five students is female. Its students skew younger than the University of Queensland’s, with an average age of 28. Nine in 10 (91) of its graduates had jobs within three months of graduation, for an average salary of $116,252. The principle recruiters of its graduates were accountancy Ernst and Young, the National Australia Bank, and consultancy McKinsey & Company. Their program cost $77,362.

Next on the list, at 46, was the Curtin Graduate School of Business. It had the third-highest post-MBA salary, at $149,567, of all 100 universities on the list, perhaps due to its proximity to Australia’s mining industry. BHP Billiton was a key recruiter of its graduates, as was the Commonwealth’s Department of Treasury and Finance, and accountancy PricewaterhouseCoopers. It takes in 57 students a year, from twice that number who apply. Just over a third (34%) of its students are women, and the average age is 33. The full-time MBA program costs $52,606.

The last Australian university to make the top 100 was the Macquarie Graduate School of Management. Coming 61st, it takes in 56 students, of which 41% are women. The average age is 30, and it had the highest international diversity score of the Australian universities, scoring a 47 out of 100. Four in five (82%) of its graduates had a job within three months of graduation for an average salary of $146,581. Primary recruiters were accountancy Deloitte, and pharmaceuticals companies Johnson & Johnson and Novartis Pharmaceuticals. Its program costs $60,405.