Why EOFY may not bring the pay rise you want 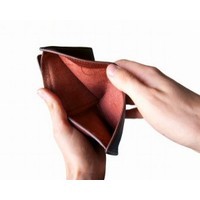 Although Australian employers are feeling more optimistic about business conditions in the year ahead, this doesn’t necessarily mean you’ll be getting a nice big pay rise from July 1.

A number of recent salary surveys and employment reports have shown that Australians can only expect small pay increases this year, and it’s the high performers who will be getting the main share. And with the introduction of the increased superannuation guarantee rate this July, employers will be under even more financial pressure as they work out how the increase will impact their budgets.

According to the 2013 Hays Salary Guide released this month, the economic outlook among Australian employers has improved on last year, thanks to continued low interest rates and the falling Australian dollar. But despite this, most employers will only be offering pay increases of around 3% or less for 2013-14.

“The market is fairly static,” says Hays director Jane McNeill. “I don’t think there’s going to be an abundance of pay rises in most sectors.”

Similarly, a report by Hudson found 62.5% of employers plan to offer pay increases of between 2 and 3% this year, and that employers are feeling the pressure of having to do more with less. About 70% of the 3529 employers surveyed said their teams have had to take on more responsibility, but only 47% said they were financially rewarded for this.

According to the Hudson report, retaining high performers is the main reason employers will be increasing salaries this year, meaning tenure alone will not be enough to guarantee a pay increase.

But while this may mean employees need to work harder to get the financial rewards they want, the Australian Institute of Management has emphasised the importance of employers rewarding their staff appropriately in the current market – not only through salaries but through non-financial benefits.

“When an organisation’s financial resources are limited, the provision of training or career development programs or various non-financial employee benefits should also be considered to help engage and ultimately improve the performance of an organisation’s human assets,” said AIM’s head of research and HR Matt Drinan, commenting on AIM’s 2013 National Salary Survey.

“Given the significant costs that are associated with funding wages, a top priority for organisations should be to look for more create ways to attract and retain talented employees, such as offering more flexible work arrangements.”

But none of this means you shouldn’t still ask for a pay rise. Check out our three rules for initiating the pay rise discussion.