Why it is easier for women to succeed in China 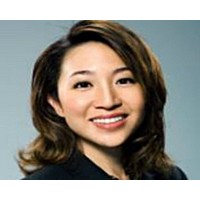 Peggy Liu has worked as a venture capitalist in Shanghai, an e-commerce pioneer in Silicon Valley, a software marketing executive, a McKinsey consultant and a computer programmer, and she says it’s easier to succeed in business as a woman in China, than anywhere else.

“Ironically, for all the talk on human rights and freedom and the focus on diversity and gender equality, it’s honestly easier to succeed as a woman in China,” the international sustainability expert Liu told Women’s Agenda. “Chinese women, generally speaking, and depending on what tribe you’re in, are very strong. It’s a very entrepreneurial society here. Women here have to be entrepreneurs. They’re forced into it. In China, ageism is a bigger issue.”

Liu, an MIT graduate in electrical engineering and computer science, is the co-founder and chair of the Joint US-China Collaboration on Clean Energy (JUCCCE), an NGO dedicated to accelerating the greening of China.

She credits the strong support of her father for her career success to date.

“Even though I came from a very traditional Chinese family, I never felt that I was bound by gender issues,” she explains. Her father mentored and trained her with the aim of becoming a chief executive one day – a goal she accomplished at the age of just 27.

“Gender just isn’t such an issue in the Chinese business world,” Liu says.

Rather, an emphasis on skills, like being able to code, is more important that gender.

“Being a coder, a programmer, has been really fundamental to my success. I would recommend that all girls take some kind of coding class. It’s a disciplined way of learning, which so many people are lacking these days,” she says. “Coding has had a big impact on my life and I was blessed to have the tools to explore these things.”

After hearing MIT’s first female president, Susan Hockfield, discussing the energy concerns of China at an MIT energy forum, Liu organised her own conference on global warming in 2007 which helped her set up JUCCCE.

“The lesson that I learnt was that it is much easier to get an organisation up and running from an event that is really high level, where you’ve got people committing to [something together],” she says. “We had a lot of law firms, green developers, McKinsey – they all became founding members that are still with us. That was really, really important. It wasn’t like I sat there and said, ‘Wouldn’t it be nice to make China green?’. It came about from a collaborative process.”

For her efforts Liu has been named a Hero of the Environment by Time magazine, a Forbes Women to Watch in Asia, and has been featured in the Global Times, Vogue and Harper’s Bazaar.

According to Liu there isn’t a lack of capable women to fulfil leadership positions across the globe, rather she says the problem is the organisational structures that exist today don’t necessarily appeal to women.

Changing the design of organisations is one way Liu says we could achieve gender equality in the workplace.

“I feel like if we asked women to design office buildings we would have a very different working environment and way of working. The organisational structure is all about things like virtual telecommunications,” says Liu, who is now based in China after moving there nine years ago from the United States. “I’ve been very lucky. I have an apartment that I live in and a private office, and an apartment next door that is JUCCCE’s formal office. I don’t have commute times. The décor is very warm and homely.”

Liu adds that JUCCCE is a very collaborative, team-based organisation, without the hierarchy common in many other organisations. “I’m the leader but generally the rest of the organisation is very fluid. That’s something that women respond to particularly well. If we let women redesign work spaces … we would do it very differently.”

As a world leader in her field, Liu has discovered that success isn’t about what you know.

With a demanding schedule, including travelling for half of every month, Liu, who has two sons aged eight and 10, believes women can have it all, but not necessarily at the same time.

While juggling a career with young children, Liu says she couldn’t live anywhere else than Shanghai, thanks to the city’s culture of affordable, domestic help.

“They essentially become your family. I have one nanny who’s essentially [my children’s] grandmother. They’ve grown up with her,” she says. “We have a driver. In America you could be a slave to driving your family around … It truly does take a village to raise a child.”

While she admits there are trade-offs – “I’m not on the PTA” – Liu says she’s lucky to have an “amazing” husband, emphasising the importance of not trying to do everything but instead picking and choosing where to spend quality time.

“I think that the balance is not necessarily equal at all times.”

Peggy Liu will be in Melbourne for the Creative Innovation Asia Pacific 2013 (Ci2013) in November. This article first appeared at Women’s Agenda.