Why leaders need to go on holiday instead of vacation 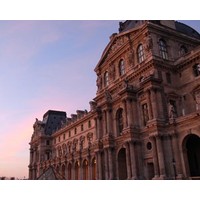 One of the most memorable conversations I’ve had in 12 years of leadership coaching came about six years ago when I was talking with a client who was a World Bank country manager in Africa.  Since he was a French citizen and August was approaching, I asked him what he was planning to do during his upcoming month of “holiday”. He told me that he and his wife would be spending a couple of weeks renovating a small villa they owned in Italy and then they would spend the rest of their month relaxing on the French Riviera.

Being the polite guy that he was, he asked me what I was going to do on my holiday. I told him that in the United States we don’t really go on holiday – we go on vacation, and that mine would be a week at the beach.

All of my research on leaders shows a serious lack of regular renewal of energy and perspective. Exercising the holiday mindset from time to time can help with that.

The big distinction for me between going on holiday and taking a vacation is not so much the length of time involved but the difference in mindset that the two words represent. One sounds light, fun and relaxing and the other sounds a bit like a command to vacate the premises. All of this comes to mind for a couple of reasons.

The first is a terrific article that ran in the New York Times last weekend called Vacation sabotage: Don’t let it happen to you. In it, the author, Matt Richtel, offers great advice on how to actually enjoy your vacation instead of entering it, experiencing it and leaving it totally stressed about all of the work you’re missing while away. Two of my favorite segments in the article are ‘Get over yourself’ and ‘Don’t worry about re-entry; most of it’s spam. Reading Richtel’s article would be a wonderful way to get yourself in the holiday mindset even if your vacation plans don’t call for four weeks in exotic locations.

It leads me to the second reason the conversation with my World Bank client has been on my mind. Last month, my wife, Diane, and I celebrated our 25th wedding anniversary with a once-in-a-lifetime, six-day trip to France. It was definitely a holiday and not a vacation. I’ve thought a lot about why that was the case and have come up with a few more tips for how to renew yourself with the holiday mindset that weren’t in Richtel’s article:

Whatever you call it – holiday, vacation or staycation – taking time off with one or more people you love or at least like a lot allows you to remember one of the reasons you probably work so much in the first place. There are people in your life who you love and care for. Give yourself and them the gift of your undivided attention.

Give yourself permission to not do stuff

Diane and I were in clear agreement about one thing before we left for our trip: we weren’t going to set foot in a museum.  It’s not that we don’t like them; this just wasn’t the trip for them. Even though Paris is full of some of the best museums in the world, we ignored them this time so we could focus on other things like the city, food, wine and each other.

It was a real stress reliever to not feel like we had to check things off the “must-do” list.

One of the things we noticed about the French is that you don’t see them doing a lot of texting in public. (The traffic in Paris is so crazy that if you were walking and texting you’d probably get hit by a car in five minutes.)

The larger point is that their lifestyle seems more measured than that of the average American.  The service at dinner is leisurely. The sidewalk cafes are busy at all times of day. People actually read books, rather than Kindles or iPads. The French have a phrase: “Joie de vivre” – the joy of life. After spending a few days in Paris, I understand the origin of the phrase. The temporary adoption of some of their customs could definitely induce a holiday mindset.