Why Mark Creasy is pegged to become Australia’s newest billionaire 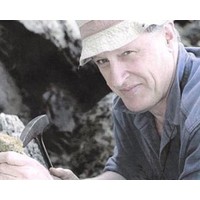 Yesterday, exploration company Sirius Resources issued an ASX release that capped off an astonishing two weeks for the company.

Sirius’ stock has been rising for eight months, and has more than doubled in the past two weeks, buoyed by discoveries dubbed Nova and Bollinger (yesterday’s announcement was about the existence of favourable mineral conditions at Bollinger). Sirius’ stock was up 5% yesterday, cementing earlier gains, to briefly hit the $1 billion mark in market capitalisation.

The single person who has gained the most out of Sirius Resource’s staggering rise is Mark Creasy. He owns 20.3% of the company, and so his personal wealth has risen $93 million in under two weeks (the stock was selling for $2.06 a share on February 28). This is on top of the stock’s huge gains in recent months. Eight months ago, Sirius Resources’ market capitalisation was $9 million, making Creasy’s stake worth just under $2 million. The value of that 20.3% stake has now increased hundred-fold.

Creasy is well known in mining circles as one of Australia’s most successful prospectors.

“I don’t feel like retiring,” the then 66-year-old told The Australian in June 2011. “I’m not planning to die with my boots on, but it’s quite possible.”

The British-born mining engineer made Perth his home after moving to Australia in 1964. He made his fortune in gold prospecting.

He pocketed $130 million from selling the Bronzewing and Jundee gold deposits in Western Australia in 1994. This deal earned him entry into Guinness World Records – it was the largest payout ever received by a prospector – as well as the BRW Rich List.

In May 2012, BRW estimated his wealth at $250 million. That estimation was before his stake in Sirius became so lucrative – we can expect BRW to conservatively add another $200 million to that valuation when it publishes the next Rich List. After all, through his personal investment company Yandal Investments, Creasy owns stakes in several other junior miners, many of which have netted him tidy earnings over the years.

Will Creasy’s golden egg hold up? The Australian Financial Review quotes several analysts today, each confident Sirius Resources’ value is set to grow (though they differed on how much). “In only seven trading days, Sirius is up from $2.06 to $4.40,” RBC Capital Markets analyst Geoff Breen told the newspaper. “Has it gone too far too soon? No, in our view.”

Creasy isn’t a billionaire yet. But if the company he owns does what the analysts expect, he could be very soon.