Why tinkering too much with your portfolio won’t pay off 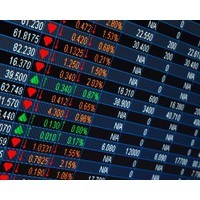 Investors run the gamut, from fire-and-forget types who buy mutual funds and leave them alone for decades, to fussbudgets who watch their portfolios minute by minute, ready to buy or sell with every up and down.

But is there a golden mean that would allow the investor to act when it will really pay off, while avoiding counterproductive tinkering? Common sense says that this ‘Goldilocks’ zone must exist, but theorists have had a hard time nailing it down, says Wharton finance professor Andrew B. Abel. “It was a mathematical nightmare,” he notes.

In a hypothetical case with real-world application, they find that an investor might safely ignore a portfolio for, say, a month, depending on factors like the value of the investor’s time and the size of the broker’s commissions and other transaction costs incurred when assets are bought or sold. The research is described in their paper, ‘Optimal inattention to the stock market with information costs and transactions costs’.

Investors can apply this insight to common issues, such as how often to buy or sell a security as its price fluctuates, and how often to rebalance a portfolio as it drifts away from the targeted mix of stocks, bonds and cash.

If the time and monetary costs of adjusting a portfolio are very large, the researchers conclude, it pays to wait until market conditions make change worthwhile. It would seem, then, that if costs were very low, it would pay to adjust more frequently, fine-tuning to smaller market changes. In fact, the researchers found a surprising insight: even when costs are small, it makes more sense to act according to a schedule with surprisingly long intervals. Too much fussing, in other words, is counterproductive – even if it’s cheap.

The study assumes the investor has two accounts: the first is an investment account with stocks and bonds that is designed to grow over time; and the second is a transactions account containing cash for living expenses. On each observation date, the investor studies the accounts and, if necessary, sells enough assets to provide cash to cover expenses until the next observation date. A retiree, for example, might sell mutual fund shares every month to pay the next month’s bills.

Each observation has a cost that can be measured in the value of the investor’s time, plus commissions and other charges that apply to any action taken. An investor who re-examines a portfolio every minute could buy or sell in response to every tiny change in securities prices, keeping the portfolio precisely on its targeted mix of holdings all the time. This kind of hyper-attention might represent the ultimate in investor agility, but it would pay off only if it cost virtually nothing – if there were no trading costs, and the investor had no other valuable use for his time.

At the other extreme would be an investor who ignored his or her portfolio for years on end. The investor who assessed and readjusted only once a decade, for example, would miss out on the opportunity to adjust his or her consumption and holdings of assets even though there have been large movements in the values of assets held in the investment account. In addition, because the transactions account would be replenished infrequently, it would have to be very large, removing cash from the investment account that pays higher returns.

Somewhere in between is the period of ‘optimal inattention’. Logic says that the higher the investor’s cost of time and money, the longer this period is. But finding a more precise figure took Abel and his colleagues dozens of pages of calculations.

In setting an observation strategy, the investor has a choice between being ‘state-dependent’, reacting to changes in asset prices, or ‘time-dependent’, making observations at set intervals, Abel explains. The state-dependent approach has more intuitive appeal because it would seem to be more agile, matching asset ownership to market conditions.

“It turns out that notion is wrong – or missing something that we discovered,” he says. Unless costs are very high, the investor who starts with a state-dependent strategy will eventually shift to a time-dependent approach – after discovering that adjusting the portfolio all the time just doesn’t pay off.