Why you have to ‘earn’ a sponsor 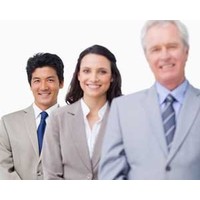 Working with sponsors trumps working with mentors when it comes to climbing the leadership ladder, according to a number of company directors.

But unlike with mentors, you can’t just ask somebody to be your sponsor. You have to earn the privilege – usually by proving your capabilities, but also by taking a mentoring relationship to the next level.

“I’ve had a number of sponsors who started out as mentors. I think you have to earn sponsors,” portfolio board director Kirsten Ferguson said at a lunchtime roundtable organised by Company Directors with Women’s Agenda and LeadingCompany last week.

“You can’t go out and say ‘I’d like you to be my sponsor’. You have to earn the credibility with them. They need to get to know what your skills are as they’re putting their reputation on the line to recommend you.”

Ferguson, who was the first woman appointed to the board of Queensland Rugby Union, credited many of her board appointments to her work with sponsors – all men and all relationships that evolved from mentoring arrangements.

However, she was quick to note she ultimately takes personal responsibility for her achievements, and always encourages women to ask for what they want. “I worked hard and worked at how I could be in a position to take these opportunities [rather than] hoping it’d evolve somehow,” she said.

Former PriceWaterhouseCoopers consultant turned career non-executive director Nicole Smith agreed that having a sponsor is very different to having a mentor. “A mentor’s somebody who gives you advice. A sponsor puts you forward and promotes you for a role,” she said.

Smith said she developed one of her most beneficial sponsor relationships with a fellow board member – he was the chair and having seen what Smith could do, put her forward to succeed him in the chairman’s role. “That’s been earned around the boardroom table and through our relationship as fellow directors,” she said.

Perth-based director Sally Carbon warned that sponsors could only take a woman so far and that such relationships shouldn’t be viewed upon as the only catalyst for getting ahead. “You can still do it yourself, instead of waiting for somebody else to give you permission and set the pathway up for you,” she said.