Why you should hang out with the competition 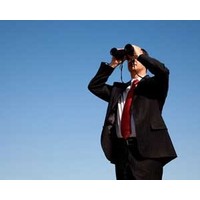 Recently I wrote a post called How to run a staff meeting that was based on some of the wisdom learned by participants in the Next Level Leadership group coaching program during their executive shadow days. Today’s post is based on another lesson learned by a high-potential leader during his shadow day. It’s why you need to occasionally hang out with the competition.

Here’s the back-story. When the group coaching participant started his day with his senior executive host, they spent a few minutes reviewing the calendar to preview what was coming up.  Lunch was going to be an outside appointment with an executive from a competitive company. When asked what the point of the lunch was, the hosting executive explained that he schedules semi-regular visits with competitive peers because he wants to understand how they think. Whether he partners with them or competes against them in the future, he’s found it valuable to have that perspective.

In running the Next Level 360-degree assessment for more than 500 high-potential leaders, I’ve noticed that most people think they do a poor job on the item called “Builds an external network to stay connected to the market and gain fresh perspective.”

The senior exec who scheduled lunch with a competitor should give himself a high score on that one. Too often, busy leaders ignore their networks because they think can’t afford to invest the time to build one. This guy understands that he can’t afford not to.

A big part of a leader’s job is to see around corners to determine what the team should do next.  If you talk to the same people over and over, your ability to see what’s next is going to suffer. It’s the old rule – if you do what you’ve always done, you’re going to get what you’ve always gotten.

Want to do a quick self-assessment on the strength of your network? Take a few minutes to answer three questions:

Answer each of the questions by jotting down the names of the individual people who are top of mind for you. Keep going until you run out of people for each question.

• Who do you rely on for information?

• Who do you go to for answers?

• Who are your top partners outside of your organisation?

Finished? OK, take a look at the list and look for the patterns. What do you see? Lots of different names? Only a few? Do the same names show up more than once? Anybody new on your list or is it the same people you’ve been talking to for years? Any competitors on your list?

If you’re not happy with what you see, what are one or two easy things you could do this week that would make a difference in changing the picture?

Feeling good about your network? What do you do to keep it fresh and valuable?