You need emotion for true change to happen 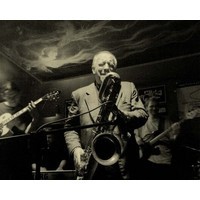 His webinar was titled Inspiring Leadership and Motivating Learning through Coaching to Emotional Intelligence. Disregarding the daunting title, his talk contained some interesting insights.

The quote of the talk was, “The music of leadership is emotion.” Boyatzis began by noting that millions (perhaps even billions) of dollars are spent by organisations and governments on training for leadership and organisational change but actual change achieved by the training is very low.

He argued the reason for this was that too many of the courses taught a logic-based methodology for leadership which, he said, was doomed to failure. According to Boyatzis, rational arguments come later, but it is emotional commitment that results in real behavioural change. Only when leaders connect emotionally with their followers does true change happen.

He said the same disconnect occurred when proponents of emotional intelligence tried to argue its usefulness. Many senior managers regard emotional intelligence as a soft and fuzzy concept lacking credibility. Proponents of EQ use studies done by American Express and the United States Air Force to try to prove the validity of EQ. Boyatzis argues that this rational approach is doomed to failure.

Instead, when he is confronted a disbelieving manager he uses a different approach. He asks the manager to draw two columns on a piece of paper. At the top of the first column, the manager is asked to place the name of a subordinate he would hate to lose from his team. At the top of the second column, the manager writes down the name of a subordinate he would not mind going to the competition. He then, as the manager, has to list under each name the reasons why he chose that person.  (He actually did this during the webinar.)

Boyatzis said that every time he does this the manager never puts down objective, logical reasons. Instead, the reasons are subjective and emotional. The first column contains reasons such as innovative, conscientious, optimistic and supportive. The second column contains phrases such as not a team player, lacks resilience, always critical, over-pessimistic, only does what is necessary, etc.

If you are interested in reading more on this topic, Coursera.org has organised a free MOOC (Massive Open Online Course) starting on May 1 to be run by Richard Boyatzis called Inspiring Leadership through Emotional Intelligence.