You’ll feel less rushed if you give time away 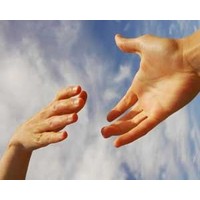 THE FINDING: Spending time helping others leaves people feeling as if they have more time, not less.

THE RESEARCH: In a battery of studies, Wharton’s Cassie Mogilner assigned some subjects to help another person – by writing a note to a sick child, for example, or editing a student’s essay – and instructed another group of subjects to do something else. In one study the other group wasted time by counting the letter ‘e’s in Latin text, in a second study they did something for themselves and in a third they simply left the academic lab early. In each experiment the people who lent a hand to others felt as if they had more time than the people who did not.

THE CHALLENGE: Does giving away your time really make you feel as if you have more of it? Is the secret to productivity being more charitable? Professor Mogilner, defend your research.

A: The results show that giving your time to others can make you feel more “time affluent” and less time-constrained than wasting your time, spending it on yourself or even getting a windfall of free time.

In the first two experiments, my colleagues and I found that people who wrote notes to sick children or devoted a bit of time on a Saturday morning to helping another person were more likely than the other study subjects to say their futures felt “infinite”. In the third experiment, people who helped edit the essays of at-risk high school students were less likely to view time as scarce and more likely to say they currently had some to spare. They also acted on those feelings. When we asked subjects who’d assisted the students how much time they could give to doing paid online surveys the following week, they committed to an average of 38 minutes – nine minutes more than the people who had simply been allowed to leave early. The following week, the people who’d edited the essays also ended up actually doing more than the other group, spending, on average, seven minutes more completing surveys.

Q: How do you explain this paradox?

A: My study co-authors – Zoe Chance of the Yale School of Management and Michael Norton of Harvard Business School – and I went in with a few theories. We thought it might be the social connection, the meaning or the enjoyment associated with helping others that made our study subjects feel more relaxed about their time. But the explanation that emerged in our results is that people who give time feel more capable, confident and useful. They feel they’ve accomplished something and, therefore, that they can accomplish more in the future. And this self-efficacy makes them feel that time is more expansive.

Q: To be clear, you’re saying people feel as if they have more time. But they don’t. In fact, they have less time, since they’ve given some away. There are still only 24 hours in a day.

A: Yes, objectively they have less time. But they feel more effective, and that enhances their productivity. Certainly if you’re giving so much time away that you’re not able to complete other tasks, then it’s not going to work. But our research indicates that giving even a small amount of time to someone else should make you feel you can do more in the time you have. In our Saturday experiment, we asked some people to spend 10 minutes helping others and some to spend 30 minutes, and we found that duration didn’t make a difference in how much better they felt about the future than the people who had instead spent 10 or 30 minutes on themselves. That’s consistent with research on the benefits of money that shows that they have more to do with what the money is spent on than with the amount spent.

Q: Wouldn’t time givers feel just as effective if they simply buckled down and did their work?

A: Perhaps. But we all procrastinate, and we all need breaks, especially when we’re stressed. If you use a break to indulge yourself or to do something mindless like watching TV, you might enjoy it, but it soaks up your time perceptually as well as objectively. It won’t make you feel less pressured. You’re better off picking an activity, like helping others, that makes you feel that you can do more with your day.

Q: Does doing this interview on behalf of a slacker colleague count?

A: Sure. Anything that entails spending time for the sake of someone else works. It could be for someone you know or for a stranger; volunteering at a soup kitchen or cooking your partner his or her favourite dinner.

Q: Are there any other techniques readers can try to make themselves feel less time-constrained?

A: Yes, research shows that thinking about the present moment instead of the future can make you feel less hurried or rushed, because it slows the perceived passage of time. Even just breathing more deeply can work too. In one study subjects who were told to take long, slow breaths for five minutes perceived their day to be longer and felt there was more time available to get things done than those who were told to take short, quick breaths.

A: I started studying happiness and well-being and noticed that a lot of the existing research focused on money and how to spend it more effectively. But I observed – certainly in my own life – that time is just as important as, if not more important than, money. It underlies our daily planning, our thinking and our behaviour. And it’s scarce. We all feel so time-constrained that we become incredibly stingy with it. But that doesn’t make us feel any better. Zoe has done some research that seems to show that people feel richer when they give money away. We thought it would be interesting to see if we could observe a similar positive effect with people who gave away time.

Q: Hasn’t anyone ever told you that time is money?

A: Sure – Benjamin Franklin. But I would argue it’s not. Of course, we’re taught in economics classes to put a monetary value on time when thinking about opportunity costs, and there are people who are paid by the hour. But we’re seeing more and more the problems that arise when people equate time and money.

Other studies I’ve done show that people who are exposed to money-related words – through a sentence-unscrambling task – spend more time working and are less happy than those who are exposed to time-related words. The people primed to think about time socialize more with friends and family and are consequently happier. We saw this effect not only in the lab but also in the real-world setting of a coffee shop, where the people who did the unscrambling task and answered our questions didn’t realize we were surreptitiously observing their behaviour.

A: Yes, and giving time away makes them feel more effective.

Cassie Mogilner is an assistant professor of marketing at the University of Pennsylvania’s Wharton School.