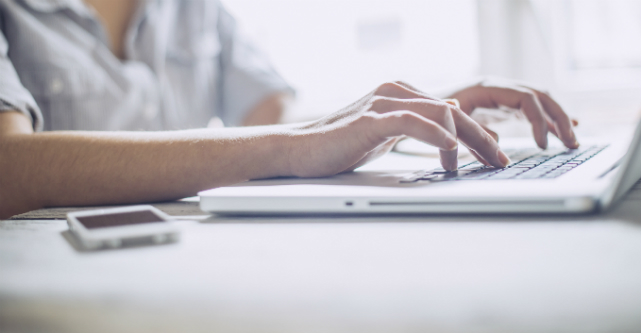 The chief executive of a beleaguered Queensland-based disability support charity has been criticised for reportedly abusing her employees on social media shortly after announcing the collapse of the organisation, prompting calls from experts for SME owners to be mindful of their own stress levels.

Vicki Batten, chief executive of charity FSG Australia, reportedly posted a lengthy rant on her LinkedIn page earlier this week, appearing to lay into the 900-plus employees of FSG Australia and label them “slovenly” and “toxic”.

“Like a cancer sapping the energy of those around them, they cripple their co-workers’ morale, performance and productivity. Worse, they poison your entire business in the process.”

The post continued to accuse the charity’s employees of waiting until the business had fallen on tough times to “put the boot in”, and claimed they were a fraternity of people who “know very little but say very much”.

“When your business is being damaged by people who are there for the wrong reason you need to be brave … they are not happy unless you are unhappy!” she reportedly wrote.

Batten’s post has since been taken down, and many of her personal details removed from her LinkedIn profile, which shows that she has been the chief executive officer of FSG Australia for 22 years.

In a statement, Batten told SmartCompany her LinkedIn post was part of a larger article around positive workplaces, and she regrets “not including the full article in its entirety”.

“Given the situation that we are all going through at FSG – trying to get the best outcome for the people we walk alongside – I reacted to conversations taking place on media-owned social media platforms,” Batten said.

“The words in my post in no way reflect what I feel about the amazing, passionate and dedicated staff we have at FSG.”

Batten’s social media storm came shortly after FSG Australia announced it was planning to enter voluntary administration on June 30, with over 900 employees at the company set to potentially lose their jobs. FSG Australia operates across Queensland and New South Wales, with multiple offices between the Sunshine Coast and Ballina.

However, on Monday, fellow Queensland-based disability service provider Choice, Passion, Life (CPL) announced it would be forming an independent partnership with FSG to provide certainty of service to the company’s 1500 customers, and “many” FSG staff.

“I would like to reassure FSG Australia customers – and the community – that our priority is ensuring that everyone will continue to receive their services and support by our amazing team here at CPL,” CPL chief executive officer Rhys Kennedy said in a statement.

However, CPL told the Gold Coast Bulletin there would be “no role” for Batten after the partnership. Administrators are still expected to be appointed to FSG on June 30.

Keep your wellbeing in mind

Speaking to SmartCompany, leadership coach Pollyanna Lenkic said a reaction like this on social media could be indicative of deeper issues with stress, and hopes that Batten is “okay”.

She believes small business owners should always be mindful of their mental wellbeing and stress levels.

“From a health and wellbeing point of view, SME owners need to look after themselves and recognise when they’re feeling tense. Sleep can be a good indicator, so if you’re not sleeping well at night, recognise that, and work out what’s causing you to be wakeful,” she says.

“When you’re in the chief executive role, it can be a lonely role for a lot of people. We should be also looking at how boards are ensuring their executives are being supported and cared for.”

When issues within a business arise, Lenkic says leaders should always have someone to confide in, either personally or professionally. She reinforces that as business owners, “we’re all just human”, and sometimes you can be at your best, and other times not.

Lenkic recommends trying to be a responsive leader, not a reactive one, and in situations where you need to “have a rant”, do so in a non-public way.

“Find a trusted advisor and tell them you just need to rant, and they’ll listen and help you find perspective,” she says.

“Either do that, or write your feeling down to get it out of your system. Then go back and highlight sections of it to help you identify the important bits.”

NOW READ: Separating self from startup: Founders open up about how to manage your mental health in the stressful business world