Why this recruiter spent more than $50,000 to change public perceptions of her industry

How much would you spend to change public perceptions of your industry?

For Anna O’Dea, founder of recruitment agency Agency Iceberg, that amount is $50,000, and maybe even a bit more.

“If I sat down and went over everything we probably exceeded that number in the end,” O’Dea told SmartCompany.

“I don’t like telling people I’m in recruitment because I always get bad reactions,” she says.

“I wanted to get people trusting the industry again.”

Having worked in the industry for nine years, O’Dea was aware of the negative stigma generally associated with recruitment agencies, both from clients and talent.

And O’Dea has definitely heard her fair share of horror stories regarding poor experiences with recruiters.

“One girl had her details passed on to a different company without her permission, and there are lots of cases of both clients and talent being ignored,” she says.

“I had to let people know this doesn’t always happen. Not all of us are unprofessional, we love our jobs.”

From interviewing clients to becoming one of LinkedIn’s top voices

With her goal firmly in mind, O’Dea allocated $50,000 in earnings from her business to put towards content creation throughout 2016.

The majority of the money went towards O’Dea’s main project for the year: a series of interviews with women in management positions called “Leading Ladies”. The series has a focus on areas within hiring and recruitment many are unwilling to discuss, such as racism, homophobia, sexism, and negotiating pay.

“I realised one day that I was in a really unique situation where I have both clients and talent coming to me vulnerable after being exposed to various situations in the workplace,” O’Dea says.

“I decided I needed to do something about this, all these stories began to affect me personally.” 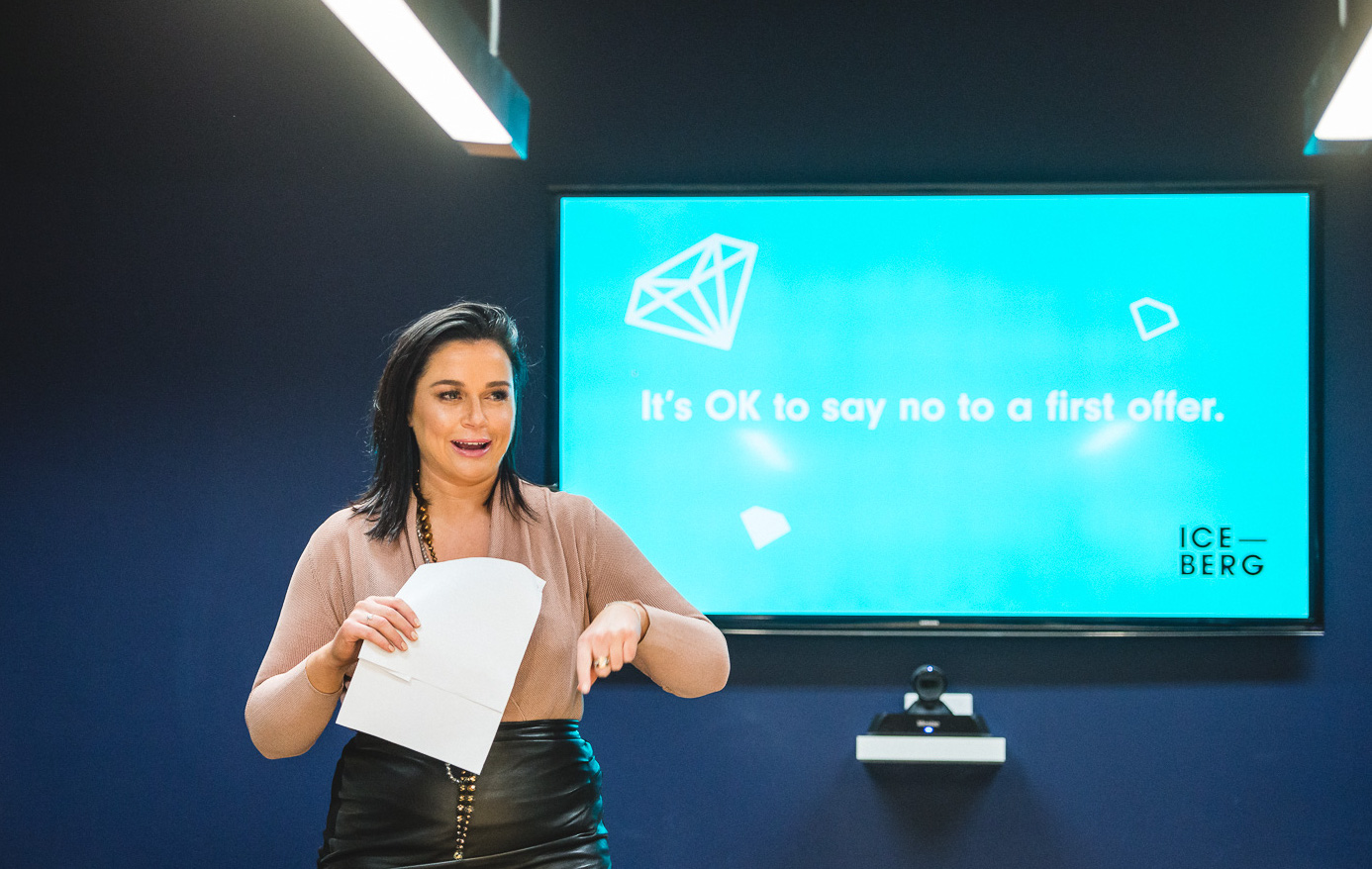 One by one many of O’Dea’s clients agreed to share their stories, which were published fortnightly on the Agency Iceberg website. Not long after, the popularity of the stories began to snowball.

After initially sharing the profiles on LinkedIn, O’Dea began to spread them across all forms of social media, including Facebook and Twitter. The profiles, which spoke frankly about difficult workplace scenarios, began to attract thousands of likes.

It wasn’t long after that O’Dea got a call from LinkedIn’s editor in New York, asking her to feature on LinkedIn’s Top Voices 2016 list thanks to her work on the “Leading Ladies” series.

And from here, O’Dea says her goal of changing perceptions began to come to fruition.

“Out of the experience, I gained a number of clients. One said to me: ‘I used to hate recruiters, but I read your ‘Leading Ladies’ article and I changed my mind’,” she says.

“I wasn’t sure what to say to that apart from thanks, but it’s clear our efforts were beginning to change attitudes.”

Looking back on the experience, O’Dea says she has come to understand that the number one thing any ambitious business owner can do is back themselves.

“I was prepared to spend that much money on content, but I could have played it safe and invested it in staff to get my business up and running,” she says.

“It was either hire staff or invest in content, and I decided to take the risk.

“There’s no better way to solve problems than by putting your money where your mouth is.”