Appscore co-founder Alex Louey: I hire the most qualified people for my tech business, 50% happen to be female 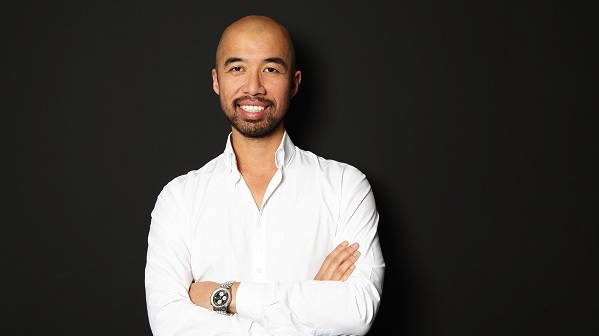 The case of Uber and Susan Fowler is extremely disturbing. Perhaps the technology industry has now gotten over it? The media follow-up isn’t what it used to be, but in this day and age of shrinking journalist numbers, it’s not surprising.

It’s time, then, to open the discussion again, point out some disappointing figures, and come up with actual solutions before we as an industry completely lose the battle.

The dirty work first. Women’s representation in tech is incredibly low. In Australia, women make up only 28% of the ICT workforce compared to 43% of the wider workforce. You will likely take one of two positions in relation to this. Either, women aren’t qualified enough when it comes to working in the ICT industry — perhaps they just don’t have the same interest in technology as men?

I camp in the latter. As the managing director of Appscore, a company that delivers apps for businesses, we statistically should have a very low percentage of female staff. But currently it sits around 50/50, female to male. That is not a conscious effort by my team to hire more women. I don’t believe that is the right way to go about business. A job should go to the most qualified person, regardless of gender, age, or anything else which doesn’t affect how they fulfil the role.

It is due to something completely different — an emphasis on an inclusive hiring and retaining process.

Susan Fowler wasn’t the first and won’t be the last woman in the technology industry to bring poor treatment and conditions to the fore. But there have been a number of positive stories about women breaking through the glass ceiling in technology recently. Marissa Mayer, Susan Wojcicki, Meg Whitman, Amy Hood or Maile Carnegie and Pip Marlow more locally.

Ironically, the focus on women on the outer or at the top of technology has created a vacuum in the beginning and middle. What about the everyman … or everywoman? The technology talent who is at the coalface and coming up with the great ideas advancing the technology we use every day in business or leisure. These are the unheralded 28%. The 28% that needs to become significantly more than that.

It’s a long game. Women with an interest in technology don’t just materialise. More girls in school need to be encouraged to study STEM (science, technology, environment and math) subjects, who will then study STEM based degrees and after graduating will enter the technology industry. Simple plan, but there are two problems. The big one first: girls are not studying STEM subjects at the level we need. Government figures reveal only one in four IT graduates and fewer than one in 10 engineering graduates are women.

Thankfully though, the government has announced $3.9 million in funding to 24 organisations to rollout projects that will encourage girls and women to study and pursue careers in science, technology, engineering and maths. It’s part of the $8 million Women in STEM and Entrepreneurship grant program under the National Innovation and Science Agenda. While this is good, it will take years to pay off wholly.

So where does that leave the technology industry? With a second problem.

There is a lot of catch up work to do now to ready itself for what will hopefully be great numbers of women looking to enter in the medium to long term. The biggest mistake we could possibly make is to pretend that there is nothing to do and just wait for the government initiatives to start to show results. That will simply mean a few more women entering a woefully unprepared industry. They will come, get disillusioned (like Susan) and leave.

I don’t believe there is a detailed or technical solution. But there is a common-sense solution. Listening. Appscore’s roughly 50/50 split between male and female employees is not on purpose. It is a result of a detailed hiring process, which is 100% weighted towards fit irrespective of gender. It’s also partly due to the fact that we put just as much effort into retaining as we do hiring. And again, the effort to retain is based wholly on what our employees need, not whether they are male or female. The only way we understand their needs is to actually ask them.

It sounds basic, but it is harder than it seems, and no business should underestimate preconceived ideas around the difference between working with men and women. Gender stereotypes long ingrained must be forcibly removed from the business building process. Retention efforts need to focus on ideas that will keep both men and women happy. But those will change from business to business and from week to week. This is why communication and listening, in particular, is so important.

All of this is possible only by listening to your job candidates and listening to your employees. Constantly. Not yearly, not quarterly. All the time. The way you operate as a business needs to constantly shift to appease both the client and the staff. If you’re not doing this already, you won’t be ready for what is hoped to be a steadily increasing female contingent in the technology industry. Worse still, if you do hire talented women, they won’t feel like the industry they have worked so hard to get into is what it was meant to be.

If that ends up happening, we may as well, as a country, flush millions of dollars down the drain.