Aussie SMEs still use out-dated hiring methods: Three things you need to know to keep up with global recruiting trends 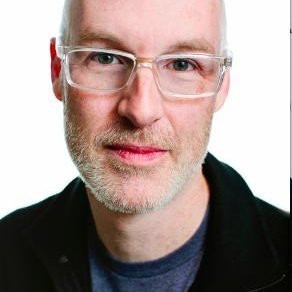 Australian jobseekers are increasingly turning to online channels such as mobile to find jobs but Aussie small businesses continue to use traditional and out-dated methods for hiring, research from global job website Indeed has found.

The Indeed study found more than half of small businesses still rely on reaching out to personal contacts and networks to fill job vacancies, with two thirds saying online recruitment advertising is just too expensive to justify spending cash on.

Only 8% of more than 500 local small business surveyed said they were sure they could accept job applications from mobile devices, compared to previous research by Indeed revealing 65% of Aussie jobseekers use mobile devices for their job search.

Indeed’s senior vice president of international operations, Paul D’Arcy, who is in the country to push the free job website’s presence Down Under, says Australia has one of the highest rates of active job seekers in the world.

“Around 60% of the labour force has done a full job search in the last two years,” D’Arcy told SmartCompany.

“And 74% say they are actively looking for work and open to a new position – both of those are pretty high numbers by global standards.”

And D’Arcy says Sydney is the number four destination for talent in the world after London, New York and Paris.

So with all this talent up for grabs, how can SMEs snag the perfect hire? D’Arcy shares three lessons from global trends to help Australian small businesses keep up with the changing world of recruitment.

1. You are competing with the big guys for talent

D’Arcy says as businesses rely more and more on technology, SMEs increasingly have to seek candidates with specific, technical knowledge.

“For example, around the world, only one in four software developers actually work for software companies – companies are increasingly having to build their own software,” he says.

“This complexity is really hard because smaller organisations are now competing with large organisations for that technological talent. But they may not have the resources, or the need to bring a full-time person in for it.”

But while globally businesses are waking up to this challenge, D’Arcy says Australian SMEs are still behind the eight ball by not placing a job ad online.

“The nice thing about [the internet], is that small business and big business are absolutely equal in the world of search,” he says.

“If I’m looking for a particular job, I’m just as likely to see a small company right next to a big company.”

D’Arcy says there is extra value in placing an ad online because it can attract international talent.

“For small businesses it’s hard enough to hire locally let alone recruit globally, but… if you can get your job online, that job is accessible to people wherever they may be looking for a job,” he says.

2. Your job ad can compete with larger companies

Taking indirect aim at competitor Seek, D’Arcy says many small businesses in Australia find paid job boards too expensive and decide not to advertise at all.

“There’s one name they often think of here for posting jobs and it’s expensive, so many of them wind up not posting at all, and turn to working their traditional networks,” he says.

But D’Arcy says, unlike in a global context, free ads are an underutilised resource for many small businesses in Australia.

He gives the following advice for crafting a great job ad to attract the perfect candidate:

“We found a bakery that was trying to hire salespeople and they posted that job as ‘Bread territory managers’ – no one is searching for jobs in bread territory,” says D’Arcy.

“If you post that as a sales manager or a retail manger, then you’ll get the right person.”

If you’re a family business, or you have a special focus on customer service, include that in your ad, says D’Arcy. Think of the ad like a “marketing document”.

Be specific about the role

Include all of the job requirements with specific and concise language.

“Answer any of the questions people might have, especially if they may not have heard of your business or know your business as a brand name,” says D’Arcy.

3. Plus you have something the big guys don’t: flexibility

In Australia, the second most important thing jobseekers want from a role – behind pay – is flexibility.

D’Arcy says while upping your salary offer to match a large competitor may not be an option, small businesses are already at an advantage in terms of flexible work arrangements.

“Large companies, their culture is very ingrained and it takes a long time to change the patterns of work in those organisations. But small businesses can be more nimble,” he says.

The Indeed research showed half of SMEs consider hiring casual employees instead of full or part-time staff, with a quarter saying those flexible arrangements also work for them to manage busy periods.

“The fact that flexibility is one of the most powerful tools to compete for talent right now, I think provides an advantage to Australian small businesses,” he adds.