HR lessons from this “awkward” Department of Finance recruitment video

A recruitment video made for the Department of Finance has been labelled “awful” by HR experts, who say businesses must think of candidates as real people when advertising jobs.

The video, titled “The Game Changers”, was released in February to promote the Department of Finance’s graduate program, with what appears to be the graduates themselves acting in the ad.

The ad starts with a quick pan around the Department’s headquarters, before showing two workers strolling along a crosswalk discussing an upcoming presentation to the Department’s executives.

“I’m so stoked for our presentation to the executives this afternoon, it’s been a massive challenge but I’m definitely looking forward to it,” says one grad with unabated enthusiasm.

Before the graduate’s strolling buddy can respond, a third excited graduate pops into frame, wasting no time in announcing she’ll be popping downstairs for some “paleo pear and banana bread”. It’s not clear if the pear is integrated with the banana bread, or is a separate side snack.

Clearly not intrigued by the health-conscious staff member’s morning tea, the third worker finally pipes up saying the snack is “a little bit fancy for me”.

“I’m actually off to an Aboriginal and Torres Strait Islander staff network meeting”, she says joyfully. 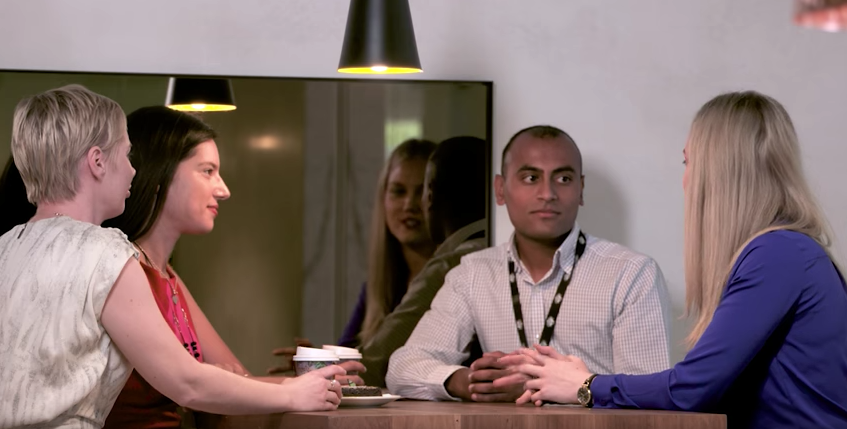 The three part ways, with the two graduates heading downstairs discussing their respective projects with unnecessary amounts of exposition.

“Hey! Are you going to the young leaders network dinner tonight?” says one graduate.

“Yeah wouldn’t miss it, the last one was great,” says the other.

All this happens within the first 50 seconds of the three-minute long video. The ABC reports the video cost $4,000 to make, and the company that created the video, Together Creative, has reportedly been paid $37,400 for services over the next four years.

An “awful” example of recruitment materials

Recruitment and HR experts have ruthlessly slammed the video, with recruitment coach Ross Clennett labelling it “embarrassing” and “awful”.

“It beggars belief anyone with any knowledge of recruitment would look at that video and say, ‘yep, that’s fine’,” Clennett told SmartCompany.

“It’s kind of like when doctors take the Hippocratic oath to do no harm. When making these videos you have to make sure what you’ve made will no way blow back against us.”

Clennett thinks there’s “no way” the video would have created the desired response for the Department and says it should have done far more research on its target audience.

“It doesn’t matter what the Department or the agency thinks of the video, it only matters what the target audience thinks of it,” he says.

Ben Watts, general manager at Wattsnext HR, told SmartCompany it was “one of the most awkward videos I’ve ever seen”.

“I don’t think the younger generation would relate to that at all.”

Further along in the video, two graduates meet in a hallway, with one graduate cheerfully exclaiming, “Hey buddy”.

“Sorry I’ve got to do that every time, cause we’re in the buddy program,” he says.

The other participant of the buddy program looks suitably enthused, before demonstrating the Department’s tech savvy nature with a story on how they “Skyped in” an out of office team member.

“Good luck buddy!” says the other grad, as the other escapes into a meeting room. 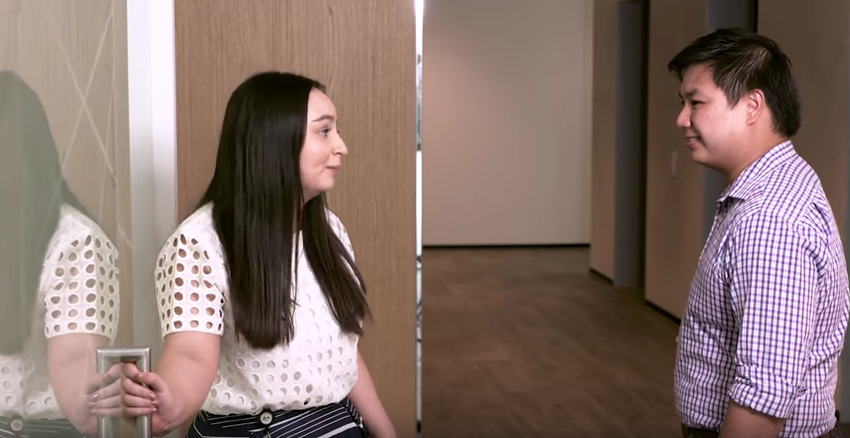 Both Watts and Clennett believe further research into the target market for potential candidates could have prevented the video’s awkward appearance.

Clennett believes businesses should be sensitive to the roles they are advertising, and audience would respond.

“It depends on where your target market is and what they respond to, and it varies on the industry and skills,” Clennett says.

“Businesses should seek external help and feedback before pushing anything like this out.”

Watts recommends businesses should imagine their target candidate as if it were a real person which can help ensure the content gets the message across.

“Create a fictitious person. They are your candidate, so think where would this person be, how would they act online?” Watts says.

You have to be targeted with your advertising; some businesses just go for the ‘scattergun’ approach. Recruitment is almost like like seduction.”

Watch the video from The Department of Finance below.