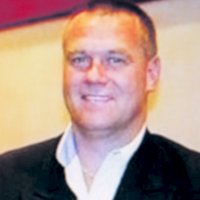 The Myer executive who was fired over his misleading CV in June told Myer’s chief financial officer he would go home to get “proof” of his qualifications on his first day on the job but never returned to the office.

Dubbed the “Myer liar”, Andrew Jeffrey Flanagan was fired from his position as group general manager of strategy and business development on June 24 after the department store discovered the references he had provided to get the job didn’t stack up.

But in a high profile case of reference checks gone wrong, reports quickly emerged of other retailers and business associations who were allegedly duped into hiring the mysterious executive, including listed retail company Specialty Fashion Group, which owns Rivers, and the Australia Arab Chamber of Commerce.

Further details of the web of lies spun by Flanagan have emerged this week, with Flanagan appearing in the Melbourne Magistrates Court yesterday on seven fraud and theft charges relating to multiple instances of lying about his expertise and qualification to secure high-paying jobs.

According to News Corp, the court heard Flanagan was questioned about his references by Myer chief financial officer Mark Ashby on his first day working for the retailer.

Flanagan allegedly told Ashby he had “proof” of his work history at home, which he would bring back to the office within an hour. However, Flanagan left the Myer office and did not return, instead emailing to say he would not take up the position.

The court heard there are doubts about the existence of the referees who provided “glowing” references for Flanagan to Myer’s recruitment agency, with a phone number listed for one of the referees used for a different person on another of Flanagan’s job applications. Police have also reportedly traced an email address for one referee to the IP address of Flanagan’s home.

The court also heard from Rivers brand director Jane McNally, who said Flanagan’s CV, which included a reference to having worked for fashion giant Zara, was the sole reason he was hired by Rivers but the retailer quickly realised he was “not competent”.

Flanagan was hired by Rivers in February but left in April. During the time he had been paid $106,000.

Flanagan had previously been hired in 2011 for an executive role by Bendigo Health, whose HR manager Andrea Noonan told the court Flanagan’s employment was terminated after allegations he was drunk at a company dinner, made inappropriate comments and was nearly involved in a physical altercation with a colleague.

Martin Nally, managing director of HR Anywhere, told SmartCompany there are a number of tools available to Australian employers if they suspect a new hire is not right for a position or has misrepresented themselves.

Nally says the first tool is reference checks, both of the applicant and their referees.

“You need to check the checker,” he says.

“It is absolutely criminal for an employer not be looking at LinkedIn and all the social networks. You need to check the veracity of the claims.”

Nally also recommends employers take advantage of the provision of the Fair Work Act that allows for employees to be hired on a probation period of up to six months.

“Irrespective of the role, you must use a probation period,” he says.

“It means you have the ability to legally move someone on if they are not quite right … it offers protection for all Australian employers.”

And Nally says a probation period does not necessarily have to be viewed in a negative light, as it also gives employers the ability to easily change the terms of employment if they discover they have hired a “superstar”.

Nally also recommends employers ask job applicants to declare the information they are providing in their application is true and correct, and grant the employer the ability to do checks on their background.

“It gives the employer a very solid platform if something goes wrong,” he says.

Finally, for employers who are concerned about the performance of an employee who is no longer on a probation period, Nally recommends an “open and transparent” performance management plan.

“The worst thing in the world is to do nothing,” he says.

“If you just attempt to cope, it will end in tears.”

Myer declined to comment when contacted by SmartCompany this morning as the matter is still before the courts. SmartCompany was unable to contact Flanagan’s legal representatives.