He may have three Paralympic gold medals and nine tennis grand slams under his belt, but Dylan Alcott is now championing people with disabilities in the workforce, and he’s tackling the issue from the inside out.

Dreamt up by Alcott and two of his childhood friends just eight months ago, Able Foods provides ready-made, non-frozen and nutritional meals for people with a disability.

For many disabled people, cooking poses a significant challenge, Alcott explains, saying it’s something he’s struggled with himself.

“I ate a lot of takeaway, and I know a lot of people with a disability do as well,” he tells SmartCompany.

Able Foods offers a range of different meal options, including texture-modified meals that are broken down and remoulded into their original shapes, allowing “dignified eating” for people who aren’t able to chew.

All packaging has information in braille, the website incorporates accessibility features, making it easier to navigate for people with intellectual disabilities or with vision impairment.

The service is also co-funded by the National Disability Insurance Agency, meaning users pay no more than $3 per meal.

After a soft launch, Able Foods hit the market in full last month. Within the first week, it sent boxes of food to about 100 customers, Alcott says. 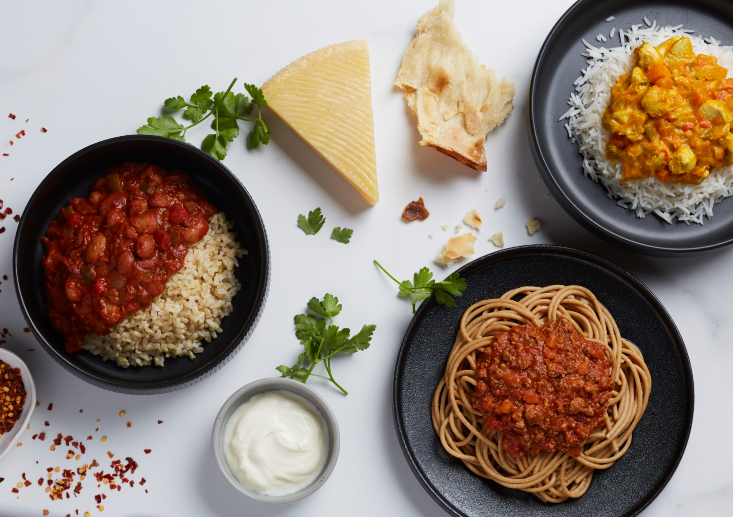 In this new venture, Alcott is also acting on another of his passions — helping get more people with disabilities into the workplace.

The Paralympian is also the founder of Get Skilled Access, a consulting group that works with organisations to help them understand the needs of people with disabilities, and to employ them.

According to data from Get Skilled Access, some 20% of Australians have some form of disability. But, just over half of them, 52%, are in employment.

That’s “so frustrating”, Alcott says. He knows first-hand how people with disabilities can improve an organisation.

Every employee at Able Foods either has a disability, or has lived experience of disability.

“It’s not because we’re trying to get a warm, fuzzy feeling in our stomachs,” Alcott explains.

From Able Foods’ perspective, hiring people with a disability means every employee has an intimate understanding of the business’ client base, and the challenges they might be facing.

But, they can bring value to any business.

He claims people with a disability tend to have higher productivity, lower rates of absenteeism and higher retention rates.

Now, he’s striving to set an example, hoping the success of Able Foods will prove what he preaches in his other business.

Research from disability employment service provider APM suggests 97% of employers believe there are major benefits to hiring people with disabilities. But, many of those believe it’s the employee who benefits, not the business.

However, of those that did not have experience hiring people with disabilities, 34% said they think it would lead to organisational benefits, and 21% said they thought it would be detrimental.

Awareness around disability is improving, Alcott suggests. But not fast enough.

All too often, he’s still hearing businesses claim finding employees with a disability is too hard or too expensive. Worse, he hears employers saying there are no candidates out there, or that they can’t do particular types of work.

Indeed, according to the AMP survey, 53% of employers say the main reason they haven’t hired more people with disabilities is because of a ‘lack of suitable roles’.

Some employers tend to shy away from asking candidates with a disability the same questions they would ask an able-bodied person, for fear of causing offence. All that does is exclude them further.

In a hiring situation, it’s OK to ask questions, Alcott stresses, “as long as you’ve built up a rapport and you do it in the right way”.

And, for those businesses that do have people with a disability on the books, there’s a responsibility to talk about it, sharing how great they are.

“We’ve all got to keep pushing the boundaries so it happens a bit quicker.”

There’s no better time to be having this conversation, Alcott says. The COVID-19 crisis has highlighted the benefits of flexible work, and shown that working from home is not only possible, but often preferable.

That’s broken down many of the false barriers keeping people with disabilities from the workforce,” Alcott says.

“There are so many conversations that are now being promoted that I think will help people with a disability in the long run.”

An incubator program specifically designed for entrepreneurs with disabilities is seeing 16 founders building businesses from the ground up.

“I’m not willing to let the bastards get me down”: Discrimination is driving people with disabilities to entrepreneurship

People with disabilities are 40% more likely to be self-employed, with entrepreneurs reporting practical barriers to employment, as well as discrimination.