Former Telstra boss says his $27 million salary was indefensible: How your SME can give employees more value 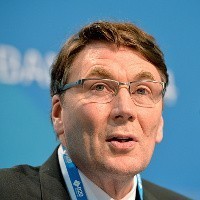 David Thodey, who announced he would be stepping down from the top job in February, told Fairfax he was paid more than $27 million in cash and vested shares in three years.

“I get paid a lot of money [and] my options, should they vest, are worth tens of millions of dollars,” he said.

“But I can’t sit here and defend my salary against all the guys who are out there working every day and I wouldn’t try to. I think there’s a real issue with income disparity between what an average person gets and some of the really big salaries.”

But Thodey said large companies still need to pay their chief executives attractive salaries in order to remain competitive by snapping up the very best talent.

“I think we need to find some more creative ways to do it so everybody can share in the wealth creation process,” he said.

Rebekah Campbell, the founder of online shopping network Posse, told SmartCompany it can be hard for small businesses and startups to compete with the bigger players.

However, Campbell wholeheartedly agrees with Thodey’s sentiment that companies need to be more creative when it comes to sharing value with employees.

“I think of people as a team – we’re all going towards the same goal,” Campbell says.

“For us, I’ve always believed it’s about a higher purpose. It’s about people coming to work inspired and knowing that what they’re doing is making a difference. Airbnb has this higher purpose which is to belong anywhere, and if you work at Airbnb they come to work every day all about helping people belong anywhere.”

Campbell says experience has taught her that communicating your business’ vision is essential if you want to scoop up the right people. After all, the best team members are the ones that aren’t just motivated by money.

“Our higher purpose is to make city life more human,” she says.

“So you could say our business is about saving people five minutes getting a coffee in the morning, but it’s not. It’s about not having to wait in line like a robot. When I’m trying to recruit someone from Google or a big company that’s paying them a lot of money and I can’t afford to pay them nearly as much, it’s about the vision and them wanting to be part of that vision.”

While the federal government has moved to lessen the restrictions on employee share schemes, Campbell says there are also non-financial perks that businesses can use to give employees more value while working with the company.

“We go offsite every six months where we take the whole team away for three days and we all brainstorm together,” she says.

“People who are engineers get to think about marketing, and marketing gets to think about the product. So a cool thing about working in a startup is that people feel like they make an impact and get to contribute – and not just in what they’re doing every day.”