Have you hired a workplace psychopath? 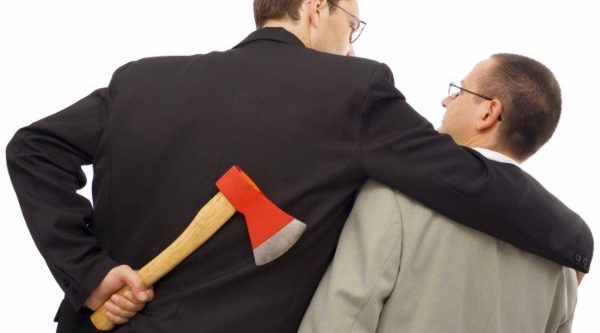 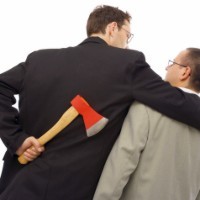 They are charming and manage upward well, but could your latest hire be masking sociopathic tendencies?

Australian research has concluded that a quarter of workplace bullying is conducted by just one percent of the workforce, otherwise known as corporate or workplace psychopaths.

Here are the key traits suspicious employers should look for:

Corporate psychopaths are unable to empathise. Rather, their skills are used to exploit abuse and exert power.

These people have no problem lying coolly and easily. Sometimes it looks like they can’t themselves distinguish facts and fiction.

A workplace psychopath is able to use superficial charm to confuse and convince their audience and is well trained verbally.

Corporate psychopaths never recognise the rights of others and see their self-serving behaviours as permissible. They appear to be charming to strangers, yet are covertly hostile and domineering.

5. Grandiose sense of self

A workplace psychopath feels entitled to certain things as their legitimate rights and creates and maintains group polarisation and an ‘us-versus-them’ mentality.

Instead of friends, corporate psychopaths have victims and accomplices who end up as victims. The end always justifies the means.

When they show what seem to be warmth, joy, love and compassion, it is more feigned than experienced and serves as an ulterior motive.

Corporate psychopaths are very harsh in testing control from their devotees and expect them to feel guilt for their failings.

Corporate psychopaths are not necessarily living on the edge like regular criminals, yet they like testing subordinates’ reactions with bizarre rules, punishments and behaviours. Verbal outbursts are normal.

Workplace psychopaths try to instil the belief that they are well connected. They demonstrate no sense of personal boundaries and no concern for their impact on others.

11. Failure to accept responsibility for one’s own actions

A corporate psychopath is oblivious or indifferent to the devastation they cause. They don’t accept blame for their irresponsibility/unreliability, but rather blame their followers or others outside their group.

A workplace psychopath tends to live by the present moment and often make totally unrealistic business plans and objectives. They will also attempt to steal the achievements of their colleagues and pass them off as their own to superiors.

Unfortunately, there have been no credible recorded successes of a corporate psychopath being ‘cured’. If an employee is found to be genuinely sociopathic, they should not be in control of people.  Attempts to coach or rehabilitate a corporate psychopath often lead to them using learnings to become more manipulative.

Usually the last people to discover the impact of the workplace psychopath are their more senior managers, because they manage upward very convincingly and appear to produce results. If people suffering the psychopath believe that person has a solid relationship with the next senior level of management, they are reluctant to complain.

If the culture of an organisation is siloed, hierarchical or bureaucratic with a traditional culture, it is more difficult to measure a corporate psychopath’s impact. The larger the organisation, the more difficult it becomes. Statistics show one in 100 males in the workforce are workplace psychopaths, and similarly one in 200 females.

A corporate psychopath can have a dramatic impact on the effectiveness and efficiency of an organisation. A company’s best defence is to call in an expert immediately.

Employers need to factor in the time and resources needed to observe and record a suspected psychopath’s behaviour, for the wellbeing of staff and the long-term benefit of the organisation.

David Deane-Spread is the founder and chief education officer of Metattude and helps leaders rectify and retain, or remove and replace people who are disengaged.