How involved should you be in recruitment? 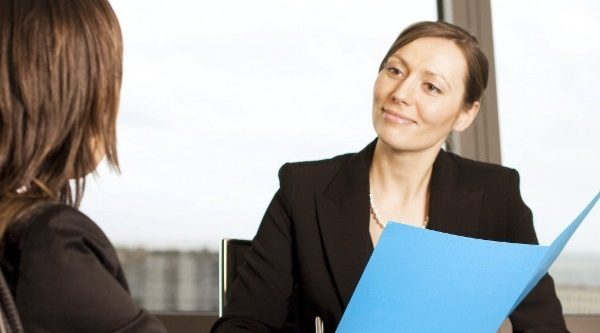 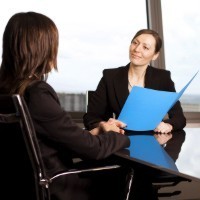 Dean Ramler, co-founder and chief executive of online furniture retailer Milan Direct, believes nobody understands his business like he does.

So why place his recruitment in the hands of a recruitment agency when he’s more likely to hire the best person for the job himself?

“A recruiter could never understand a company’s culture [as well as the owners]. It doesn’t matter what the recruiter tells you; they’re not going to understand your culture,” Ramler says.

Ramler started Milan Direct in 2007 with long-time friend and online retailing entrepreneur Ruslan Kogan. Both men got in on the ground floor of the online revolution that has redefined retailing, but Ramler says many recruiters have yet to catch up with the fact that online retailing is no longer a niche segment.

Ramler has developed a recruitment process that leaves very little to chance. A job ad on SEEK for a senior role – a digital marketing executive, for example – might easily attract 500 applications.

Before a short-list is compiled, Ramler scans the applications to identify 10 candidates who might qualify for interviews. He will send them three or four questions about the business and the role itself, to be answered by return email; if he likes their answers, they go on the “maybe” list.

“If you don’t reply the same day you couldn’t possibly be the right person for the role,” he says.

“We want people who check their phones [for texts and emails], who are internet savvy, because that’s who our customers are.”

Sometimes there will be a series of emails back and forth as Ramler gets to know an applicant better, drilling down on some aspect of the role or the experience he is looking for.

Occasionally the job ad will include a question at the end of the ad. It might be something as basic as: “Why do you think Milan has been a success?”

The answer matters; but so does the fact that they are answering the question – those that do, that is – because it shows they have read the ad to the end and are paying attention to the detail of the ad.

From this initial screening process, Ramler says “the really good applicants stand out” and a short-list of four or five candidates is compiled. Each of the candidates will undergo exercises to test their technical knowledge and problem-solving based on typical scenarios they may face in the role.

‘Recruiters can’t match what we bring to the interview’

Ramler does all the job interviews; for senior roles he is joined by a general manager. Two rounds of interviews is the norm, “but I’m not against hiring people after the first interview if it feels right”.

Interviewing short-listed candidates is a big advantage of in-house recruitment.

“The recruiter can never match what we bring to the interview. Within a couple of minutes of meeting someone I know whether he or she is a good fit.”

But is it worth the investment of so much of the CEO’s time in the recruitment process? Ramler’s answer, of course, is yes.

“It saves you time in the long run by hiring the right person. When the right person is chosen, and the right career path is provided for that person, he or she will likely stay [at least] five years and do amazing things for the growth of the company,” he says.

For successful placements recruiters charge 15% to 30% of the salary of the position that is filled. Some recruiters have responded to growing resistance to the commission model – particularly in difficult economic times – by using a flat fee model, but they remain in the minority.

Simon Boulton, director of Sydney-based recruitment firm Aequalis Consulting, says that since the global financial crisis many employers have been in a permanent state of cost-cutting and some companies view recruitment as an expense to be reduced – for example, by bringing the recruitment function in-house.

Boulton believes that the key to realising the value of external recruiters is the working relationship between the employer and the recruitment consultant.

“Recruitment requires a collaborative approach. The more closely you work with the recruiter, the better the process and the outcome will be,” he says.

“To get the best person for the job, there needs to be a conversation up front about the person you’re looking for, the position itself, including its good points and bad points, and the history of the position – who was the person who held the position previously? Were there any issues with that person? It’s a critical conversation, but too often it doesn’t take place.”

Dan Drum founded Melbourne-based asset management software company Hardcat in 1986. Today, he has branches in the US and the UK.

‘At the end of the day, recruiters are salespeople’

Over the years, Drum has spent a lot of time with recruiters and he admits he would prefer to spend less time with them. It eventually dawned on Drum why he sometimes ended up with the wrong person for the job.

Thanks to social media Hardcat is able to handle more of its recruitment in-house. Programmers are now sourced through LinkedIn and SEEK. Recruiters, however, are still used for senior sales roles.

Whichever medium is used to source potential candidates, Drum believes the interview is critical to the final selection. It’s a skill he has sharpened over the years.

“Everyone has tips on how to make the best hires; for me it comes down to really knowing what you are looking for and being mindful of that throughout the selection process,” he says.

“If that person has potential but is not quite there: is he someone you want to see on your team anyway, and if so, are you prepared to invest in the training that will bring that person up to speed quickly?”

But aren’t these questions recruiters can ask? Yes, says Drum, “but we’re in the best position to know what the answers are”.