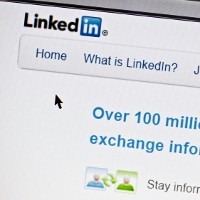 Professional networking platform LinkedIn has been hit with a class action from a number of disgruntled job seekers in the US, who claim one of the site’s premium services has cost them jobs.

As more and more entrepreneurs and working professionals realise the value of having a presence on the global platform, the case raises the question of how employers are using the site to find their next employee.

According to the National Law Review, the lawsuit was filed in the California Central District Court in October by four plaintiffs who allege LinkedIn’s service that allows premium subscribers to generate reference reports violates the US Fair Credit Reporting Act.

The plaintiffs say the reference search function, which is only available to premium account holders, allows employers to generate reports containing the names, locations and jobs of the colleagues or former colleagues of a potential employee without the employee’s knowledge.

The plaintiffs argue this violates their rights under the Fair Credit Reporting Act, which has been in place since the 1970s to regulate consumer reporting agencies operating in the US.

The suit was filed by plaintiffs Tracee Sweet, Lisa Jaramillo, James Ralston and Tiffany Thomas on behalf of themselves and anyone in the US who has been the subject of a reference report initiated through the LinkedIn function within the last two years.

But a LinkedIn spokesperson told SmartCompany this morning LinkedIn believes the claims contained in the suit are “without merit” and the company “intend[s] to fight it vigorously”.

“A [LinkedIn] reference search, which is only available to premium account holders, simply lets a searcher locate people in their network who have worked at the same company during the same time period as a member they would like to learn more about.”

“A reference search does not reveal any of that member’s non-public information.”

SmartCompany contacted Todd M Friedman, who is representing the plaintiffs, but did not receive a response prior to publication.