Judging personality tests: should you use them for recruitment? 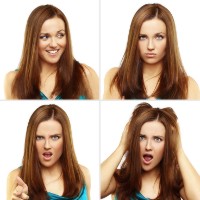 Many job seekers are wary of personality testing. They will accept prying interviews and secretive reference checks, but baulk at having their personalities assessed. A review of studies conducted in 17 countries found personality tests were judged less favourably than most selection tools, disliked almost as much as handwriting analysis.

Personality testing and graphology have their unpopularity in common, but they differ in an important way. Personality tests are valid predictors of performance on the job. A vast body of research shows test scores help to identify who is suited to particular kinds of work and who will do them well.

This conclusion should not be surprising. Personality traits influence all aspects of our lives, and the workplace is no exception. Personality characteristics predict happiness, social attitudes, susceptibility to disease, economic behaviour, relationship breakdown and even longevity.

Success at work is not simply a matter of being able to perform particular tasks. It also depends on motivation and the capacity to handle stress, complexity and the social context within an organisation. Personality traits are especially relevant to this broader context of work. They tell us how people are likely to behave rather than merely what narrow skills they possess.

The ‘big five’ traits and their role at work

Most research on personality and work focuses on the so-called “big five” traits – conscientiousness, agreeableness, extroversion, emotional stability and openness. Some of these broad traits are especially useful predictors of work performance and specific work behaviours, both desirable (teamwork, leadership) and undesirable (absenteeism, theft).

The strongest personality predictor of work performance is conscientiousness. The components of this broad trait include orderliness, self-control, dependability and achievement motivation. More conscientious workers tend to be rated higher by their supervisors and show greater commitment to their organisation. They also show less turnover and report greater career satisfaction.

Agreeableness, whose components include trust, altruism and modesty, also makes a difference at work. More agreeable people engage in more good citizenship towards colleagues and fewer counterproductive work behaviours. Work teams with more agreeable members tend to be more effective. In contrast, disagreeable people are especially likely to have interpersonal frictions with co-workers.

Extroversion, whose components include sociability and interpersonal dominance, is only modestly associated with work performance. More dominant people tend to do well in sales and managerial roles, and extroverted people tend to perform better as leaders.

Emotionally stable workers tend to show better overall job performance and job satisfaction than their more neurotic colleagues and are more likely to be effective leaders. They are less likely to procrastinate, engage in counterproductive work behaviour and have fractious relationships with co-workers.

People who score high on openness are imaginative, curious and appreciate ideas and culture. This trait is not strongly predictive of work performance. However there is some evidence that more open people do particularly well in workplaces that foster innovation and creativity.

Numerous personality tests are available to assess Big Five traits. Many tests that purport to measure other characteristics such as emotional intelligence are capturing them instead. Such tests typically pose a standardised set of questions or statements to the test-taker, whose responses are scored mechanically.

In selection settings, where the stakes are often high, it is important that personality tests can detect “faking good”. Test-takers are often motivated to present themselves in a rosy light either deliberately (“impression management”) or inadvertently (“self-deceptive positivity”; essentially everyday narcissism). Test producers have sophisticated ways of identifying invalid responding, and there is ample evidence that tendencies to fake good do not weaken the predictive power of standard personality tests.