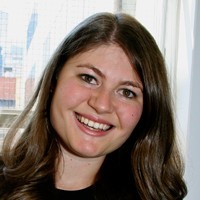 Online recruitment business OneShift is continuing to gather momentum, with founder Gen George claiming the service managed to fill a position for a barista in the Victorian town of Leongatha within just 27 minutes of a job ad being posted.

“We’re two-and-a-bit years old now – we started in June 2012. We have 400,000 job seekers and 35,000 businesses. We’ve got 40 staff in our Sydney offices, and that’s everything from admin to developers to corporate marketing,” George says.

“So basically it’s like a dating website for jobseekers. Candidates and businesses put up profiles. Businesses list their requirements – for example, a bar might require someone who has an RSA and cocktail-making skills. You then get an instant match for those requirements.”

“It’s aimed predominantly at sales, marketing, events, admin and hospitality – industries with more flexible positions – as well as project-based work, such as graphics design. But one-third of our positions are now entry-level full-time jobs.”

The site is also not just for the young, helping an 86-year-old with certificate three and four in aged care find work.

George – who briefly attended Bond University in Queensland studying property and law – came up with the idea for OneShift during 2011 while on a working holiday in Europe.

“I had a job lined up on a yacht, but there was a wait before that began, so I was looking for casual work. And there are 100s of young adults working on those super yachts on stopovers, waiting for their next jobs to start.

“I did some work for a coffee shop and told them there were 30 people in the hostel who are looking for temporary work and struggling to pay next week’s rent.”

George says when she got back to Australia, she started a website (initially known as Sneaky Chefs) that had ads for bars looking to fill shifts. The site got 300 students signing up from posters on university campuses alone.

“It was initially coded in Ruby on Rails – it’s now written in .Net and ASP. A company called Programmed Integrated Workforce invested $5 million for a 27.5% stake.

“Sites like Adzuna are just aggregators of other job boards, then there’s Seek that’s basically just an ad board and focuses on getting as many eyeballs as possible on each job ad.

“We have a data-driven model where we collect information about the job seeker – whether they’re a smoker, their history, their work history – to find jobs that match. So it’s more of a marketplace and it gets better results.”