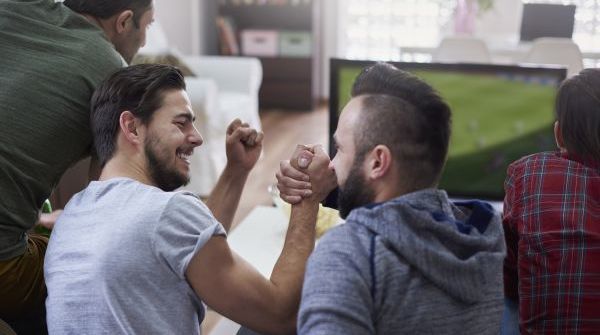 It’s no secret that Silicon Valley has a problem with gender diversity, a problem that spills into much of the tech sector worldwide.

An article in the New Yorker over the weekend detailed the extent of the problem, declaring that for an industry that’s all about innovation, it should really have come up with some game-changing solutions to help by now.

One reason it noted for the lack of diversity is the “incestuousness of Silicon Valley’s hiring process”. We’ve heard terms like ‘jobs for boys’ and the notion of board members tapping their mates on the shoulder when a new seat opens up. But this form of “incestuousness” takes things one step further and is unfortunately deeply engrained in the idea of building a great, supportive work culture: referring people you know for positions, and collecting a finder fee in the process.

The author of the New Yorker piece, Anna Wiener, admits she too was referred to by a friend for her current position, which saw her friend collect an $8,000 “dowry” in the process.

There’s even a social networking site, Refer Me Please that exists to promote such activities.

The problem is that for a sector that’s already lacking in diversity, referral payment fees are probably not going to widen the pool.

So what can help?

There are a number of startups in Silicon Valley aiming to help, particularly those that are developing blind recruiting apps, which remove identifying gender and racial features from an application.

One such app, Blendoor, promises to allow “better hiring decisions based on merit, not molds”. Founded by engineer Stephanie Lampkin, it hides candidate names, photos and dates to help mitigate unconscious bias during the hiring process. Lampkin’s own experience in tech defies the stereotype and expectations of this industry. She learnt to code at 13 and by 15 was a full-stack web developer. Despite having an MBA from MIT and a Stanford engineering degree, she recently told Forbes that she was still once told her background wasn’t “technical enough” following an eighth interview for a job in software engineering. Although she ended up at Microsoft for five years, she said she often wonders if being a young African-American woman had anything to do with her being rejected.

Meanwhile, Silicon Valley Bank is one such employer that’s looking to remove names from the resumes of applicants. It recently told the Harvard Business Review that an unconscious bias training exercise asking participants to evaluate four different candidates based on their resumes, found that employees were more likely to question the credentials and merits of those with female names. The trick was that they were actually evaluating identical CVs.

Blind recruiting processes have had some success in Australia. Earlier this year, the Australian Bureau of Statistics revealed that after concealing the names, genders and other identifying details from the candidates who applied for 19 different senior roles, 15 of those who were ultimately successful turned out to be female. This was significant, given just 21% of is most senior officers were female prior to the recruitment round.

Such blind recruitment programs and apps appear to be moving a long way from ‘finder’ or ‘referral fees’ for those who suggest their buddies for roles.

In the case of the apps being developed in Silicon Valley (that may ultimately make such blind recruiting easier for all industry sectors), it’s a sign the sector might be willing to end the talkfest and simply get on with doing what it does best – innovating to solve complex problems.