Research shows ‘merit’ is highly subjective and changes with our values 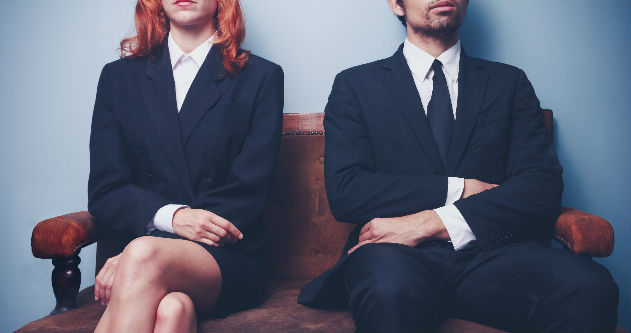 Who is meritorious, what constitutes merit, and how merit and gender targets can operate together are widely misunderstood questions, as our new research shows.

We spoke with almost 300 public sector middle managers. The vast majority said they wanted “the best person for the job”. They had less idea, however, of just who that “best person” might be.

Merit is assumed to be an objective standard, based on set criteria, which people meet or fail to meet. There are countless examples, however, of public positions that might not have been filled on merit. Questions are being raised about several recent high-level appointments in the Australian Public Service.

While generally considered sacrosanct and enshrined in policy, in practice “merit” has been highly subjective and has waxed and waned according to social values. Until the 1960s, seemingly objective recruitment processes were highly discriminatory on the basis of class, ability and race. There were requirements for minimum health standards, certificates of good character and passes in subjects offered only in private schools.

These processes were also highly gender-discriminatory. Merit was interpreted in ways that benefited men and worked against women. Examples included limits on the number of single women that could be employed, and a bar preventing married women from competing for jobs.

In the 1980s, there was a brief spotlight on merit and gender. New equal employment opportunity laws established clear rules for assessing merit and monitoring gender in employment outcomes.

However, waves of public management reform led to more departmental autonomy and a reduced central focus on merit and gender.

Fast forward to today, and this lack of attention to how merit and gender equity can coexist has led to confusion and a simplistic understanding of merit in two main areas.

The first is that managers perceive that they are hampered by process. Public sector managers largely follow a set recruitment procedure. They advertise, develop selection criteria, read resumes, shortlist, interview, check references and then appoint a suitable candidate.

The problem with this is that using the same narrow method and criteria may lead to a fallacy of composition, recruiting more of the same without regard to the context and current gaps in a team.

Biases can influence selection panel members’ decisions. Researchers have found that job advertisements and selection criteria may not be gender-neutral.

The second area of confusion relates to recruitment and gender targets. Some public sector organisations use targets to counter women’s under-representation in senior ranks. In Australia and internationally, targets have contributed to an increase in women in leadership positions.

Managers we spoke with, however, were concerned that women being appointed to meet a target were “tokens”, or were chosen over better-qualified men.

How do you set targets and select on merit?

Some managers were innovative to advance gender equity while recruiting on merit. We heard stories of senior managers directing selection panels, which had shortlisted only men, to take another look at the women applicants or to broaden their search and encourage meritorious women to apply.

Managers recruiting for an ICT position reviewed the job requirements, realised the skills required were not technical but communication-based, and re-advertised based on an amended job description. This attracted more female candidates and a woman was duly appointed on merit.

Additionally, for jobs requiring technical competence, managers considered that technical skills could be learned on the job over time. They viewed capability as more important.

While training for selection panels is important, systemic approaches can more effectively ensure the merit principle is upheld. Organisations may benefit from approaches that include:

Some public sector jurisdictions are providing advice on how to undertake recruitment and selection to minimise biases and promote merit-based processes. But there is still a long way to go for this to become common knowledge.

The public sector has traditionally been considered to be a model employer. Implementing leading-edge practices that combine merit, gender targets and diversity can ensure it maintains this status.

NOW READ: What’s the cost of hiring the wrong person for your business?

Back in the 90s, there was emphasis on ‘competencies’, meaning the bundle of tasks for a person has to be competent in. Training was to be allied to those work outcomes. But that movement waned with the conservative govt, now we are back to the old looking-at-the-person not at the job to be filled. “Merit” implies something inside the person that in practice cannot be detected reliably. Ask instead can they do the job, that is once you have defined it properly, which mostly is not done.

Many managers are young and feel threatened by older workers whom they feel might take their job or have better skills, experience, abilities and even qualifications. This can come from managers being promoted due to service and not ability or qualifications.

Mind you, qualifications now-a-days do not carry the same skills or knowledge they once did. Not by a long shot. I know because I’m in the Training industry.

Promoting people too soon who do not have the life or business experience or maturity to cope with older or other workers, even if the age gap isn’t that great, can lead to incompetence.

They spend their career “faking it ’till that make it” and others are unaware of their inabilities. Often they don’t make it, but this can be realised too late.

It’s sad that mature workers can be held in such low regard. I use this as one example, but there are many reasons for managers to not know who or what they want in a candidate.

I and others see many so-called “Managers” who should not have their positions. There are many others who are far more suitable and competent, that do not receive the opportunities because of poor management decisions and internal politics.
Sad but true!

Someone said to me just the other day that world is being run by incompetents. Perhaps an exaggeration, but I have seen this first hand in my experience from time to time. So, not as silly as it sounds.