Theatre company stirs outrage after telling off millennials in “patronising” job ad: “We have not been impressed so far” 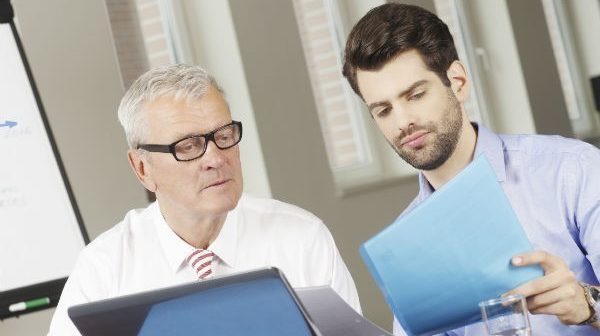 An independent theatre business in the UK has stirred outrage and attracted criticism from recruitment experts after posting a job ad for an office administrator that criticised potential millennial job applicants.

The BBC reports London-based Tea House Theatre posted an advertisement earlier this week looking for a full-time office administrator, titled “Dear Millennials” and offering a below-average salary of £15,000-20,000 ($AU24,000-32,000). The ad has since been removed.

The job ad begins with the company lamenting the difficulties of operating as an independent theatre company, saying it was “surviving on our box office” and “breaking even”. The ad then continues with the recruiter saying “it saddens me to be putting this advert up for the third time in as many months”.

“Are you just not taught anything about existing in the real world, where every penny counts. Did no one teach you that the end of your studies is the beginning of your education?” the ad continues, pointedly criticising millennials.

More details about the business follow, including the fact it was opened in a recession, that the bulk of its funding comes from within the business, and that “one old lady used to run the whole of Mountview Academy with an IBM computer, it shouldn’t be this hard”.

The business then laid out the skills it was looking for in any applicants that might be enticed by the offer, outlining the need to be someone “who can commit” and with “the absolute dogs in office skills”.

“To see where we are headed and realise that it is in your own hands how far you are able to go with us as we grow,” the ad reads.

“We have not been impressed so far.”

Predictably, the ad got a number of users on social media riled up, with some calling the pitch “patronising” and “appallingly sneery”.

For those of you who missed the Tea House Theatre’s obnoxious job ad (since removed), I hope you like a lot of salt on your chips: pic.twitter.com/BJn1u3oXJR

This is an extraordinary job advert. So snotty and patronising. Who’d seriously apply to work here?

Speaking to The Telegraph, director of the Tea House Theatre Harry Iggulden said he wrote the ad “with a bit of frustration, and I was a bit disappointed with the job market”.

“We work awfully hard, we are a small family business. We get paid very little, we work for nothing because we work in the arts,” he told The Telegraph.

“From the Twitter furore that has gone on — goodness gracious me it was only a job advert. People seem to be ever so irate. I don’t want to antagonise them any more, they might pop. It does seem they are getting their knickers in a twist. I am not attacking anyone, I am just making a point about my experience.”

Cultural fit should be above anything else

However, recruitment coach Ross Clennett told SmartCompany he believes the advertisement demonstrates “bitterness and negativity” and if business owners wanted to portray themselves as bosses staff would enjoy working for, optimism is key.

“I can understand the job writer having a level of frustration, but that shouldn’t be expressed in the public sphere nor targeting the cohort you’re attempting to attract into your business,” he says.

“It just seems counterproductive to me.”

Managing director at Employment Office Tudor Marsden-Huggins agrees, telling SmartCompany job ads should be “honest and authentic, not rude and offensive”, and that companies should focus on hiring for cultural fit above anything else.

“The frustration expressed in this job ad and the fact people haven’t stayed in the role doesn’t come down to an issue with Millennials. You cannot stereotype [based] on generation. The real problem is they haven’t selected people with the right behavioural fit in the past,” Marsden-Huggins said.

“The only way to know if you’re truly hiring the best people is to put them to the test. Never just stop at an interview. You should be using skills, behavioural and personality testing to know if a candidate is the right fit.”

Clennett believes the ad could have been composed in a much better way, setting a challenge to millennials positively and communicating a stronger company culture with a bit of reverse psychology.

“It could have been asking millennials if they were sick of the cliches surrounding their generation, and challenging them to prove they’re committed and hard working,” he says.

“Set the challenge down through saying ‘do you want to prove us wrong’ rather than talking down to them and calling them a bloody useless lot.”

For businesses that may consist of largely older workers but are looking to hire younger workers, Clennett says he has seen “reverse mentoring” be successful in drawing in younger talent.

“Tell potential applicants you value their view of the world and offer to pair them up with an older member of staff, who helps them with understanding the job, and the younger workers helps them understand what life is like for someone who’s 20 or 21,” he says.