Woolies boss steps down but stays around to find a replacement: Why your business needs to have a succession plan 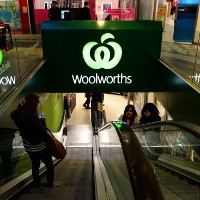 Woolworths chief executive Grant O’Brien has resigned from the top job with the grocery giant, but will stay in the role until at least November so the board can find a suitable replacement.

O’Brien announced he would fall on his sword yesterday after a sluggish performance by the retailer that saw it announce a 3.1% profit dip in February.

“The recent performance has been disappointing and below expectations. I believe it is in the best interests of the company for new leadership to see these plans to fruition,” said O’Brien in a statement.

O’Brien, who has been with Woolworths for 28 years and in the position of chief executive since October 2011, had only weeks previously announced a three-year turnaround plan for the struggling retailer as it faced a shrinking market share against rivals Coles and German discount chain Aldi.

The plan involved lowering prices at the checkout to shift perceptions that Woolworths is the more expensive option of the two major supermarkets.

The 54-year-old executive was also the architect of the company’s push into the hardware space with beleaguered DIY chain Masters, which also failed to claim market share from competitor Bunnings.

O’Brien’s resignation places Woolworths in a period of uncertainty, and raises questions about the company’s attention to succession planning.

Woolworths chairman Ralph Waters yesterday thanked O’Brien for his “willingness to stay at the helm until we appoint a successor” in a statement to investors.

The retailer has not named any potential successors, but said it had entered into a transition and separation deed with O’Brien, which will provide “certainty and timing flexibility for the company and Mr O’Brien during the transition period”.

The Australian reports analysts fear the long exit will leave O’Brien presiding over a “lame duck” tenure until Woolworths find a replacement, during a time when competition continues to heat up in the supermarket sector.

Woolworths is already on the hunt for replacement non-executive directors following the recent retirement of Ian McFarlane AC and director of group retail services Penny Winn, who will leave in November.

Daniel Musson, chief executive of the Australian Institute of Management, this morning told SmartCompany not having an internal succession plan in place limits the options for a company such as Woolworths.

“They don’t have much of a choice now and you want to give yourself as many options as possible,” Musson says.

“It’s obviously very important to have a succession plan in place, particularly for a listed entity where the stock market expects this work is being done.”

Musson says it is both the responsibility of the board and of the executive management team to consider who will replace them.

“It’s just good practice to have some beneath you with the capability and capacity built up to be able to make the next step,” he says.

Musson says even smaller businesses should consider their succession planning strategies, either to be able to take a step back from the business after a period of growth or to be able to place themselves in a position to exit the business, including by selling up.

“A succession plan is critical, whether you are a large corporate or smaller entity, to have a way you can either expand or give yourself an opportunity to reap the rewards of the business you’ve built,” he adds.